On the 4th of April 2012, Asiye eTafuleni (AeT) with the support of the KwaZulu-Natal Institute of Architects (KZNIA) conducted a day-long course including an exposure tour of Warwick Junction, based on the subject “Designing with Informal Workers Utilising Public Spaces”. This was an exclusive course for architects, urban designers and planners, which also earned the participants professional CPD points. 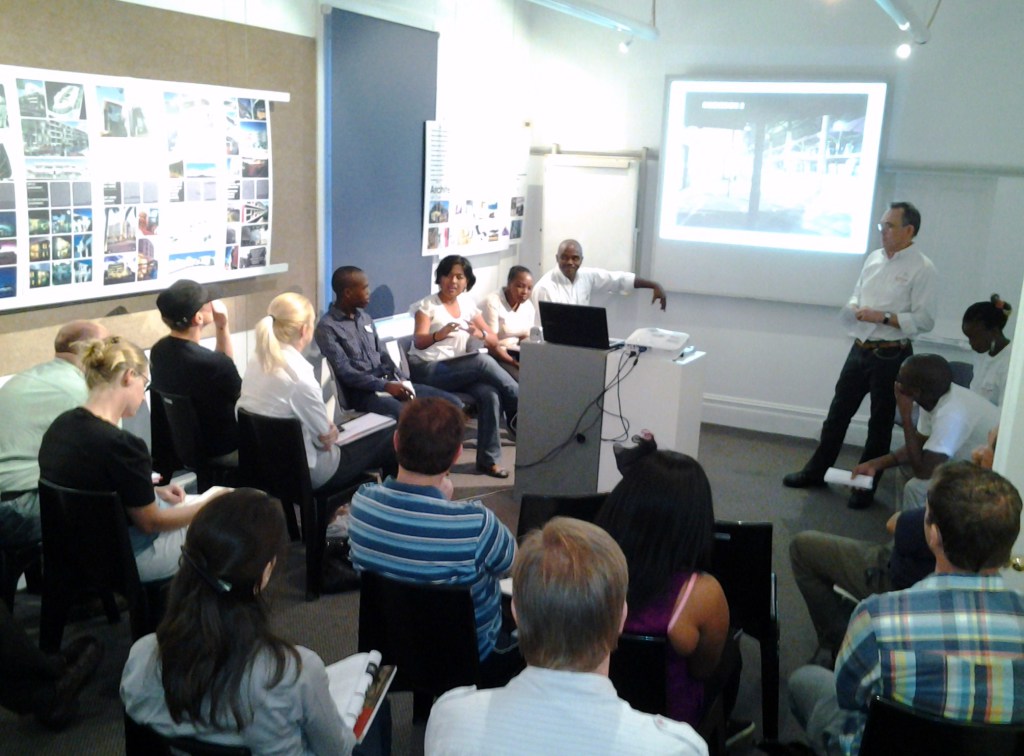 The course attracted just over 20 architects, mainly from the local government’s City Architects Unit and architectural students from as far as Johannesburg and Bloemfontein. A power-point presentation was made at KZNIA by staff members of AeT based on their specific areas of expertise. This was also in accordance with AeT’s multidisciplinary approach to working with the informal economy encompassing; research, social facilitation and technical design. This approach was applied to different architectural and urban design typologies in the realm of infrastructural provision for and with the informal economy, and included sector support strategies: 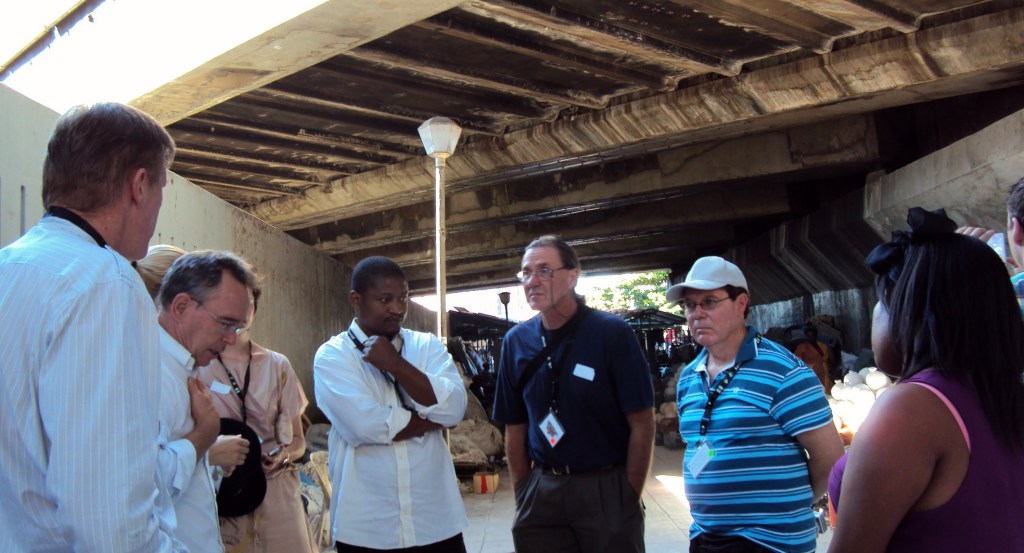 The course was designed to be interactive and it was during the discussion sessions in which compelling comments and queries were posed by the participants to the AeT panel regarding the various presentations. For instance, a discussion related to understanding the appropriate level of interventionism which does not disturb the inherent logic, essence and system of an informal activity. Click here to read the: Detailed Programme. 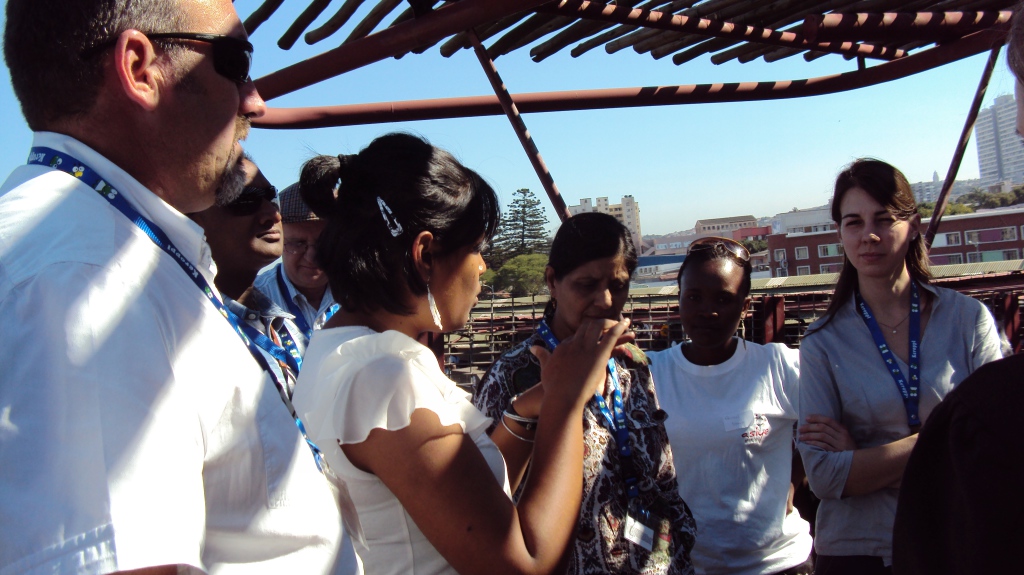 AeT’s Research Officer talking about the “Music Bridge” as an example of an aerial market. Photo: Mxolisi Cele.

Another recurring discussion was around the critical importance of a collaborative urban management strategies with continuous after-care support from relevant city departments, which otherwise leads to not only deteriorating and hazardous urban conditions for informal workers and their consumers – but also to prejudiced perceptions of the informal economy as chaotic, and the usual stigma of being seen as sites of ‘crime and grime’. 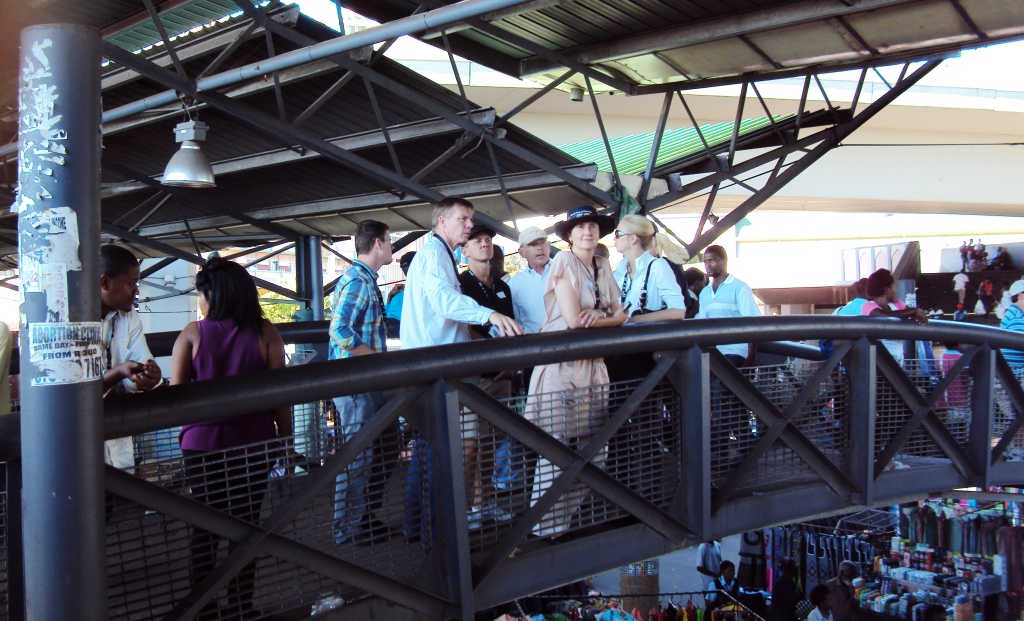 The delegation of architects on the hump-back bridge of the famous Brook Street Market, considered the most significant example of infrastructure provision for informal workers. Photo: Mxolisi Cele.

In addition, a challenge posed by a participant was that the presentations revealed the systematic ways in which informal workers operate which is akin to formal business systems, and hence it was suggested that the reference to “informal work” should more correctly be “own account workers”.

In conclusion, as a result of the development and knowledge vacuum around urban design and planning considerations for and with the informal economy, this course formed a critical component of AeT’s learning hub strategy in stimulating much-needed debate and discourse amongst architects, urban designers and planners. 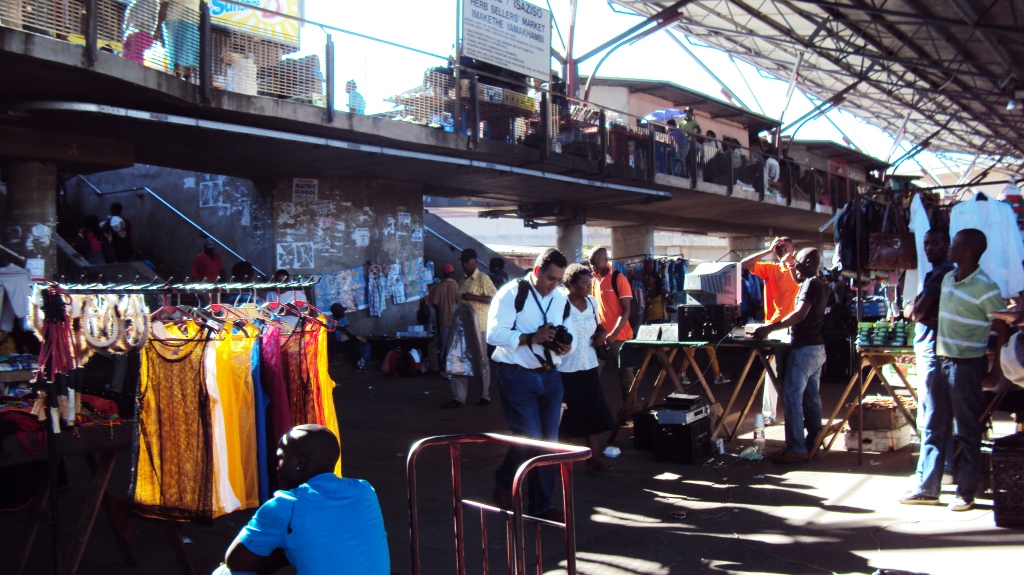 The delegation of architects at the Brook Street Market, accommodating 2 floors of trading activities, making it one of the largest informal markets in Warwick Junction. Photo: Mxolisi Cele.

The principles and theories raised by the presentation was grounded by exposure to “better” practices emanating from the Warwick Junction project and from AeT’s emerging work. These were some of the reflections from the participants after the day-long experience of the course and exposure tour:

“This is a very important course and more professionals from the architectural fraternity need to be exposed to it. It needs to travel regionally to other centres within KZN…”

“It is incredible to have learnt that there are so many layers and nuances to the way informal workers operate within their particular sectors and just how integrated and nuanced AeT’s approach and responses are.”

“Now that we have been exposed to the fundamental principles of designing with informal workers utilising public spaces, we need a follow-up course that delves even deeper into the dynamics of the theories and practices raised.” 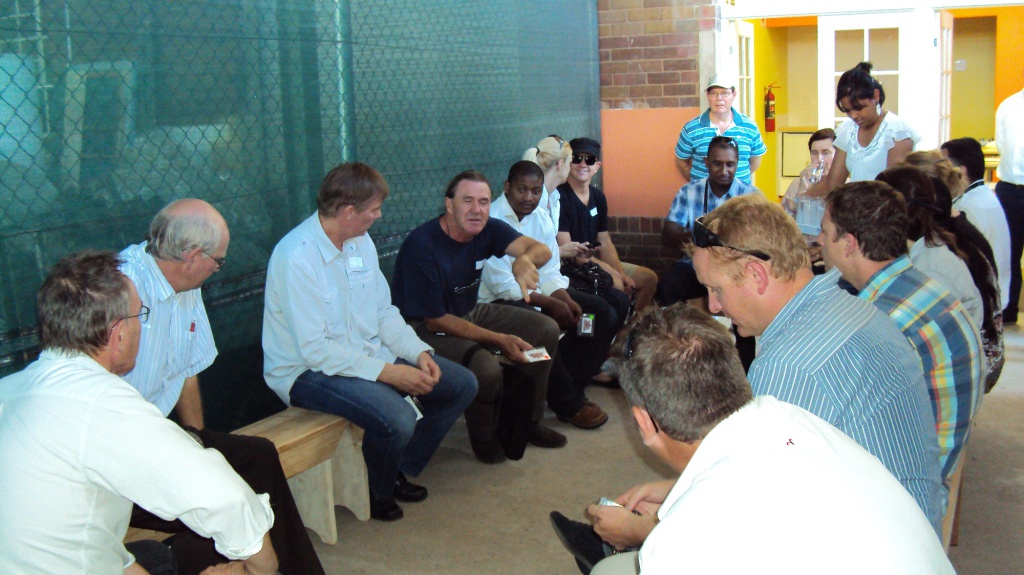 To view more pictures of the course and exposure tour, click here. If you are interested in viewing the power-point presentation, email tasmi@aet.org.za.

*Feature photo by Denis Gilbert for the book “Working in Warwick: Including Street Traders in Urban Plans”

Markets of Warwick Wins a Mayor’s Award for Excellence!
0 replies