This blog post is the 2nd part of the story of the Mealie Cooks; read part 1 here.

The cooking process of mealies involves placing 13 dozen mealies in a 200l steel drum with 40-50L water and 45g of bicarbonate of soda. This is then covered with a piece of plastic and left to cook over a large open fire, before being transferred to a trolley for distribution throughout the city. After a cook-off to investigate alternative cooking methods in the early 2000s, it was concluded that a space be allocated to the cooks to allow them to continue using wood fires. Asiye eTafuleni co-founder, Richard Dobson, speaks about the cook-off, saying:

“The mealie cooker’s drum with the wood fire was boiling in less than 20 minutes, whilst the gas fired drum was only luke-warm at the bottom! The point had been diplomatically made on behalf of the mealie cooker community. The decorum, non-verbal communication and transfer of information had been amazing.” 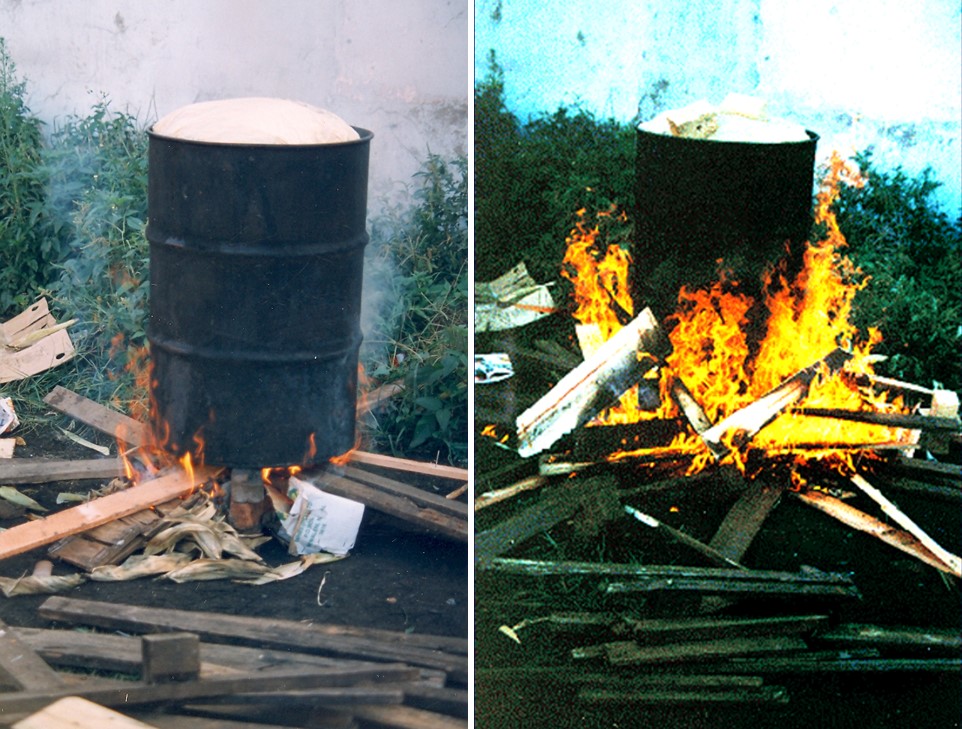 The Mealie Cooks were then allocated a site in Ismail C Meer Street, just off Market Road. This was an open space for the cooks to do their intense work. There was initially a fence dividing the two groups of cooks, but this was soon taken down. Beshwana Shezi, a long serving mealie cook, reflects on what the facility meant to the cooks, saying:

The facility underwent an upgrade by the municipality last year, with the cooks moving back into the space in November 2017. Many of the cooks feel that this facility does not work well for them and as a result most are cooking in the ‘passages’ of the space- saying that the platforms that the municipality provided are too high.

“It is dangerous to cook there. Since it has opened three people have been severely injured.” Beshwana Shezi

The cooks were not consulted in the design process and most have said that they preferred the old unroofed space. Whilst it provides shelter from sun and rain the new roof is too low and as a result traps heat and smoke from the fires. In an interview with another long serving cook, Thandi Zondi, we asked if she would recommend this work as viable to her family. She responded by saying:

“I have discouraged them from working here, I don’t want them to get sick. We’ve lost a lot of people- none of my family members will work here.” Thandi Zondi

“We never used to experience people getting burnt, but we experience that now. These challenges are all because of the poor design.”

The results of the new facility should be a lesson for the City on the importance of a fully representative participatory design process. AeT and MIT Create and MIT D-Lab students have been in the process of developing an alternative stove for the cooks, using the same low- tech materials, in an attempt to deal with the challenges they face cooking under the new roof. You can read more on the horizontal stove here and here.