Menu
You are here: Home / News / Advocacy / Vending in Public Spaces & the Law in Durban In August 2015, WIEGO published a case study on Vending in Public Spaces and the Law written by Phumzile Xulu, which is a review and analysis of the experiences of Asiye eTafuleni’s (AeT) law programme involving legal education and advocacy with informal workers (also referred to as traders). The case study is based on AeT’s documentation of its law strategies as well as interviews with trader leaders from across Warwick Junction reflecting on the impact of the programme for them.

This article captures some extracts from the full report, specifically in relation to the feedback from participating trader leaders and some featured photographs from the report. 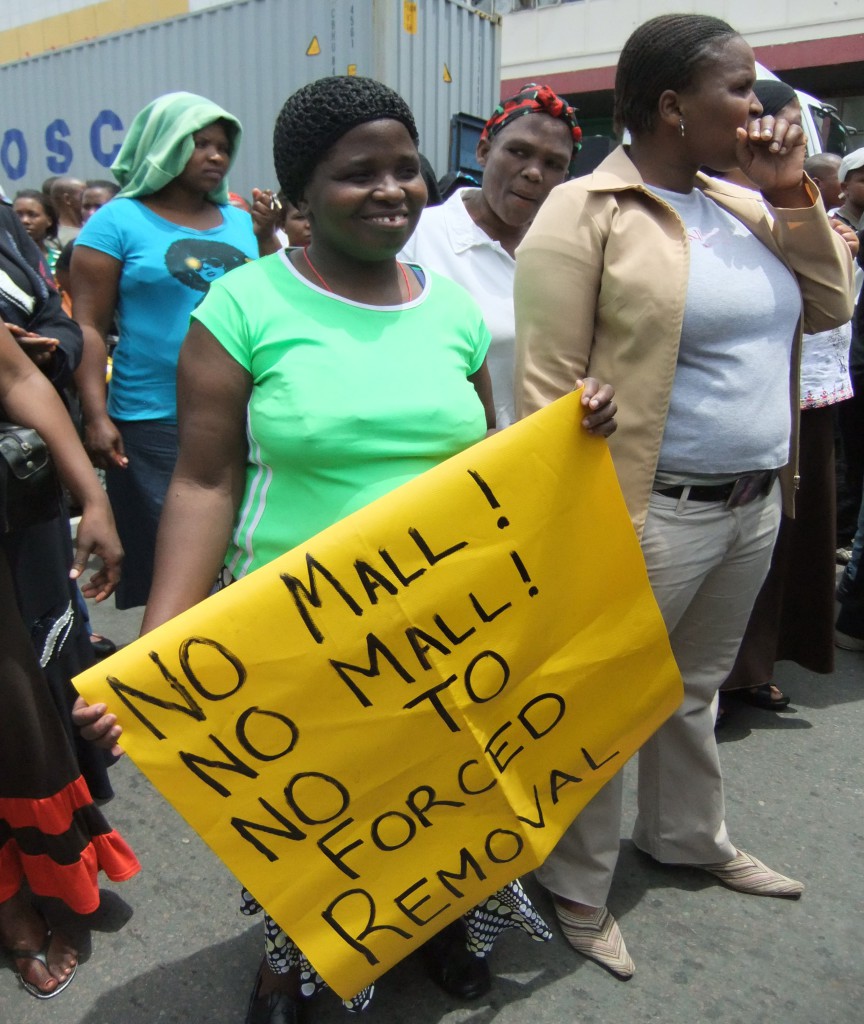 A worker from Warwick Junction’s Early Morning Market protests the municipality’s failure to consider her livelihood when they approved a mall development plan on the market’s site. Photo & text: WIEGO.

As part of a comprehensive Street Law programme developed in conjunction with traders and in partner­ship with Students for Law and Social Justice (SLSJ) – street law seminars were conducted with just over 120 trader par­ticipants between 2010 and 2013. These seminars were used as participatory methods of creating awareness of legal rights, responsibilities and engagement in democratic processes. In an interview with the author, a market committee leader commented:

Street Law seminars provided an invaluable platform for us to learn more about our rights as traders and that the law protects everyone. 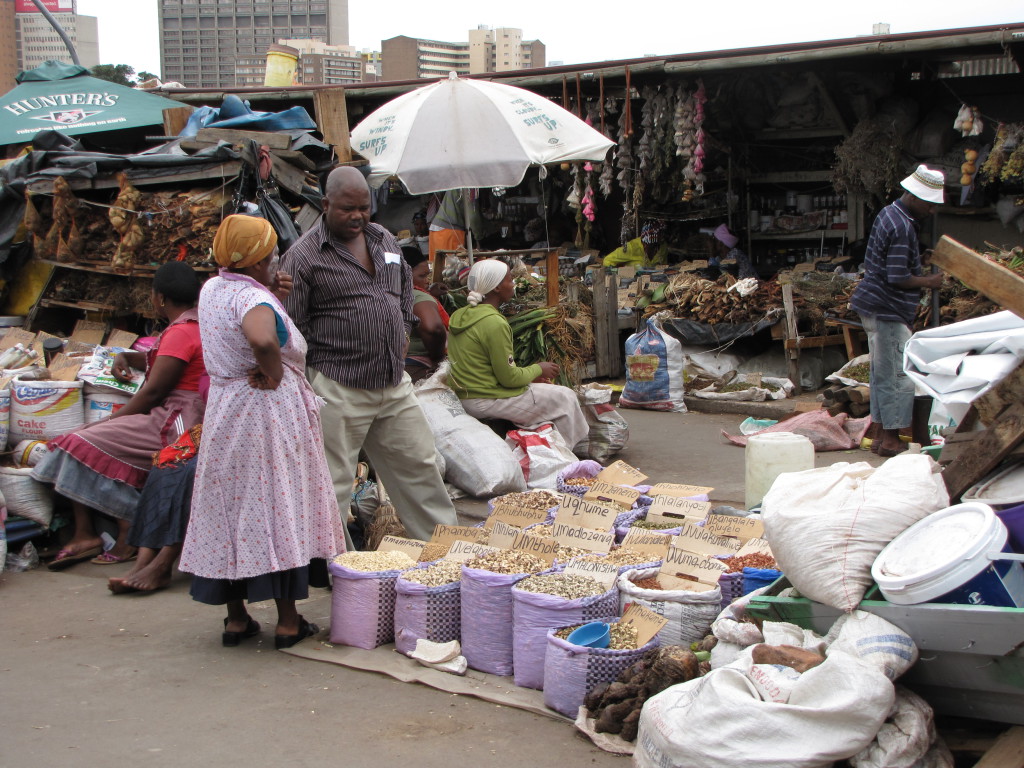 In addition, in 2011, a traders’ “Know Your Rights” campaign was developed which included information sessions. The information sessions involved the dissemination of learnings through an “Informal Trading Manual” which was designed and developed by the Legal Resources Centre (LRC) in collaboration with SLSJ students and in consultation with Warwick traders, Metro police, and the City’s Business Sup­port Unit. Before the end of 2012, 15 trader leaders had participated in training sessions on the manual’s contents. A participating trader leader reflected:

The training gave us useful information and I am happy to train other traders in the market where I work and other members of my organization. The manual that we received is important because it reminded us of the importance of paying permit fees on time to avoid being in violation of the trading by-laws and suffer confisca­tions by the police.

The author further noted that traders do not necessarily trust the government to provide unbiased legal education to informal workers whereas they have more trust in the education provided by AeT. On this, a leader and trader for 30 years commented: 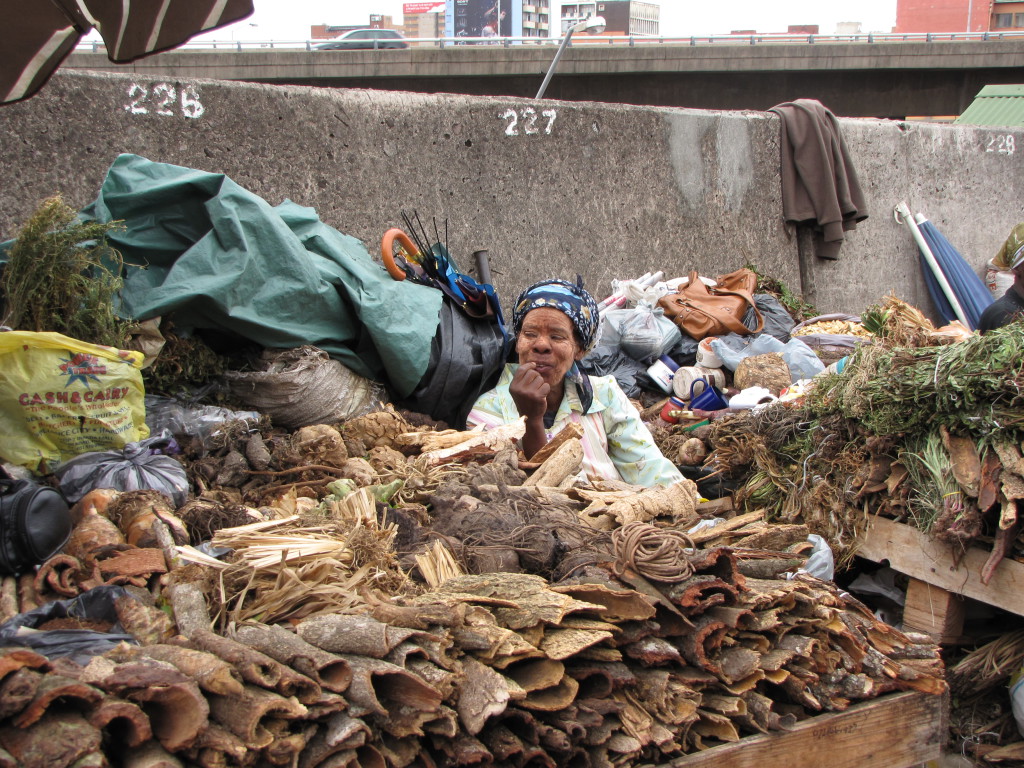 A trader in the Lime and Imphepo market in the heart of Warwick Junction. Photo & text: WIEGO.

In the learnings and achievement section of the case study, the author concluded that during the four year period of the law programme’s imple­mentation, AeT has been instrumental in achieving out­comes that have made a lasting impact on the work and lives of informal workers in Warwick Junction.

Some of the significant learnings from AeT’s law programme were listed as follows: 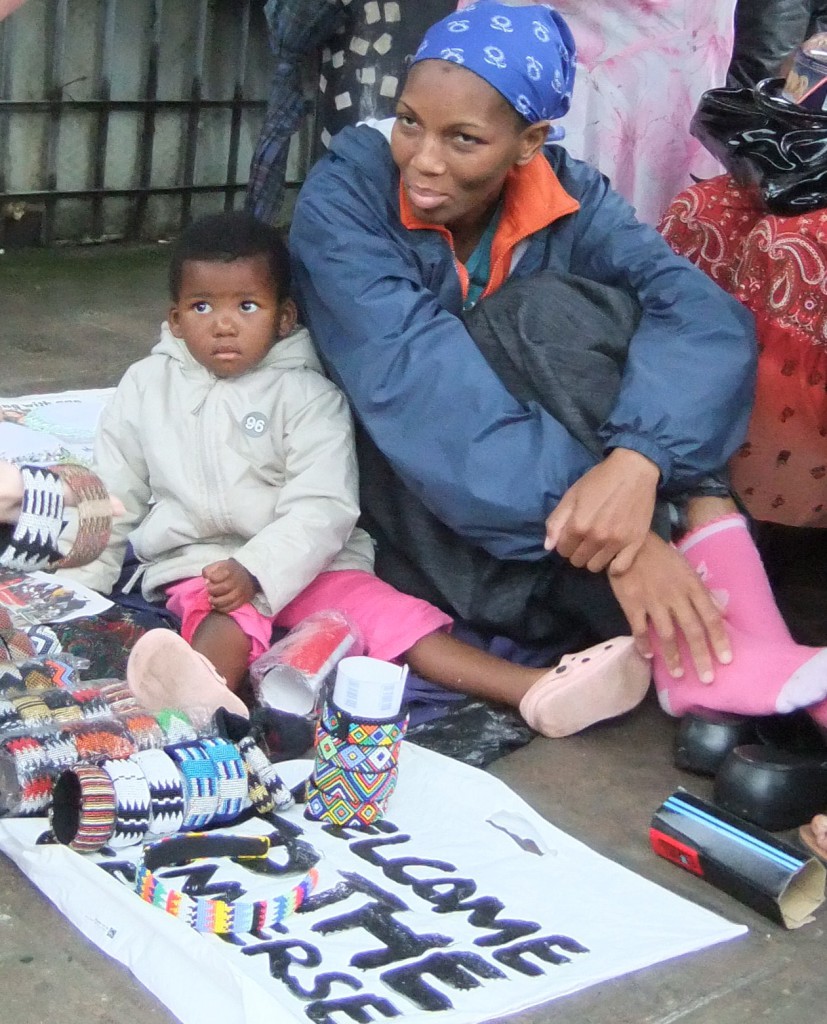 A trader provides for her family by vending her wares in the Bead Market while caring for her child. Photo & text: WIEGO.