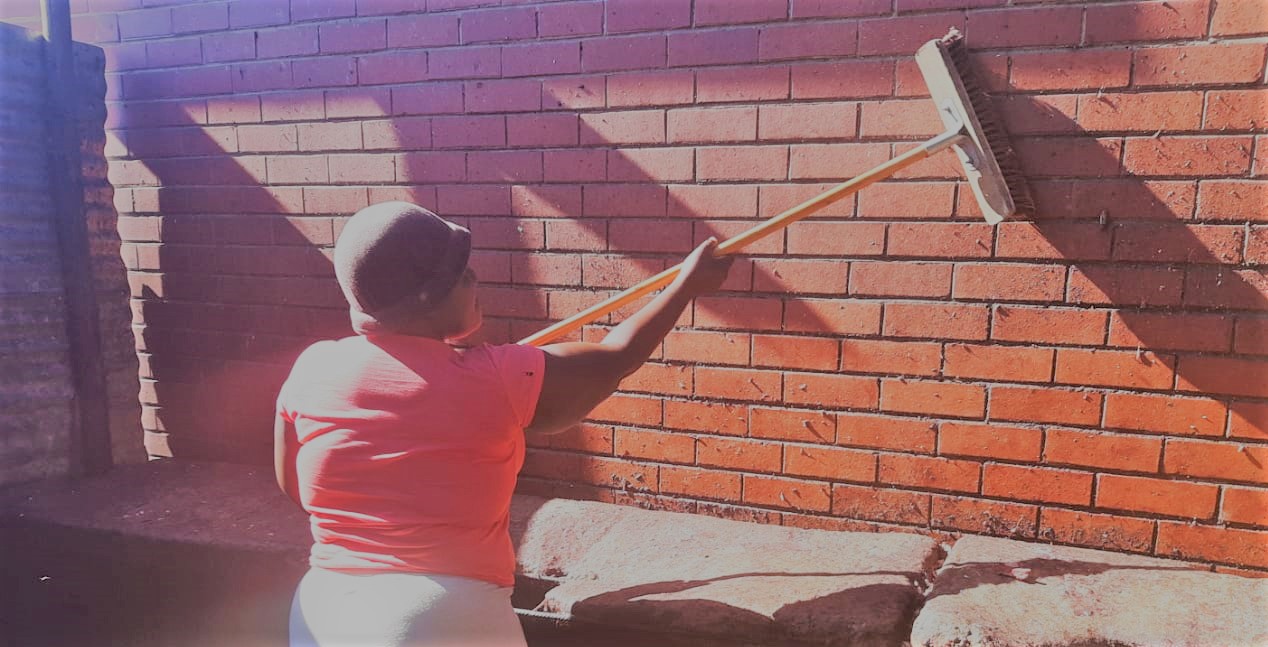 Despite informal workers’ significant contributions to the socio-economic urban fabric they experience prejudice; in particular public perception is that their working environments aren’t cared for and not kept clean. However, on the 10th July 2019, Bovine Head Cook representatives initiated a clean-up campaign of the Bovine Head Market because of the pride in their work and workplace. Misiwe Maphumulo, an intern Social Worker at Asiye eTafuleni, assisted with the co-ordination of the clean-up.

Bovine head meat is a Zulu delicacy served with steamed bread, and traditionally was only served to men. Originally this meal was prepared on the sidewalks within Warwick Junction until the City recognised the need to support and integrate this cultural practice into the urban fabric by providing infrastructure to prepare, cook and serve this delicacy to commuters who pass through Warwick Junction.

A key challenge at the Bovine Head Market is the large volume of abattoir waste generated and excess cooking waste. Therefore collection of waste and proper drainage is critical to the facility’s cleanliness, and for this the Bovine Head Cooks rely on municipal services which sometimes fail them. The Bovine Head Cooks regularly raise related concerns with Asiye eTafuleni; for example when the drains are blocked (and bubbling) or when their waste isn’t collected timeously – which has negative consequences on their working environment and therefore their trade and livelihoods.

The City is developing improved infrastructure for the Bovine Head Cooks which will be an opportunity to bring this cultural delicacy into a new paradigm. Whilst this development is delayed, the Bovine Head Cooks have been patient through the struggles at the current site and are doing their best despite the many challenges.

The campaign was planned to start at 11am, however, on arrival the Bovine Head Cook representatives had already begun the spring clean of the facility. The clean-up campaign took about 2 hours and involved clearing and cleaning surfaces, floors and walls. An attempt to clear the drains with a specialised chemical was unfortunately unsuccessful – an issue that the Bovine Head Cooks will raise with the municipality again.

The clean-up campaign at the Bovine Head Market is a reflection of the commitment and care informal workers devote to their working environment. And despite the complexities of the urban waste management systems, there are opportunities to implement alternative systems and potentially close some of the loops in the system which could not only support informal workers but become an asset to the City. Asiye eTafuleni are currently exploring projects that will continue to harness the energy within the markets of Warwick Junction and play a role in reversing the current prejudice experienced by informal workers.