Menu
You are here: Home / News / Uncategorized / The Legend Lives On: A Tribute to Afrika “Nomakanjani” Ntuli 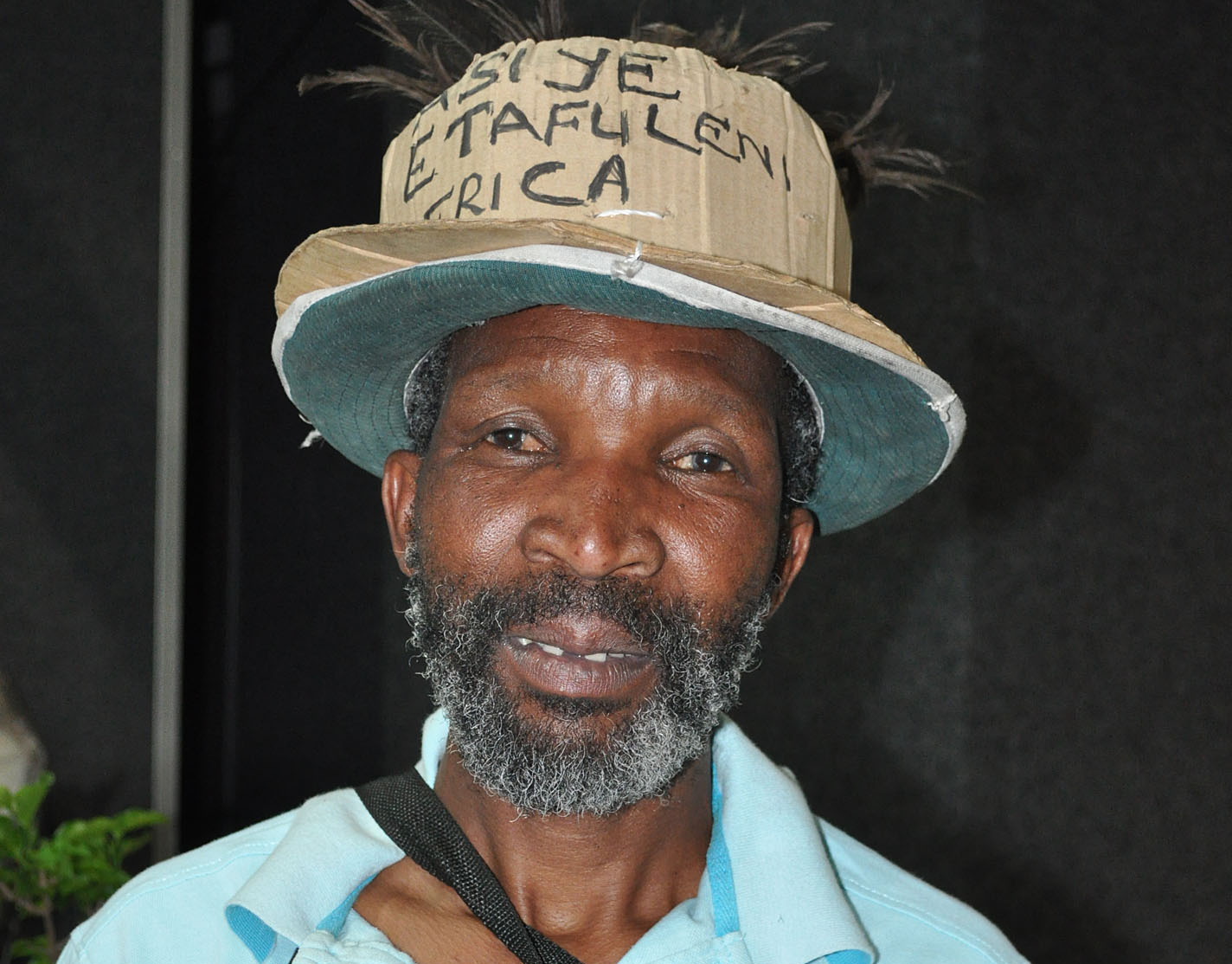 Last month, Durban sadly lost one of its most gregarious informal recyclers, Afrika Ntuli, to a taxi accident. In the past few weeks, friends, family, and colleagues have worked together to gather funds for the funeral in honour of Afrika. His story is a poignant one for community members and the general public, as it illustrates the largely unrecognized – yet invaluable – contributions of informal recyclers and other workers here in Durban and globally.

One of Afrika’s favourite sayings, nomakanjani (meaning “no matter what!”), is a perfect representation of Afrika’s approach to his work and life. Afrika had a lively and vibrant personality that was well-known amongst the informal recycling community for nearly 30 years, yet his place of birth and family relatives remained unknown. A week before the accident that tragically ended Afrika’s life, UNISA Bright Site social work students working with Asiye eTafuleni managed to locate Afrika’s distant family members in Eshowe, a township approximately 2 hours outside of Durban. From what information was able to be gathered, it seems that Afrika left Eshowe in the 1980’s, and since that time his family was unaware of his whereabouts.

Unfortunately, Afrika’s passing occurred before his family members had the opportunity to get in touch with him; moreover, they had no means of covering the funeral costs upon learning of his death.

Yet Afrika’s community within Durban rallied around him. Maria Vilakazi, an informal recycler who had worked with Afrika for many years, had a pivotal role in organizing Afrika’s funeral arrangements as the person closest to Afrika. 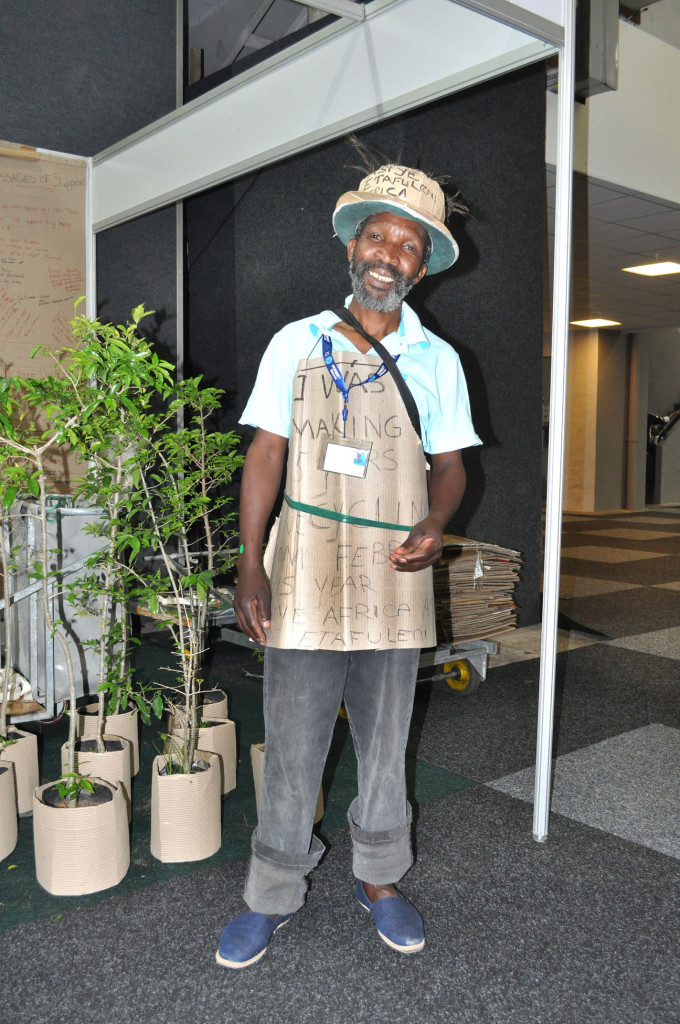 Afrika’s support community recognized that funds needed to be urgently raised to ensure that Afrika’s funeral could be held as soon as possible. In tribute to the dedication and passion Afrika had for his work and life here in Durban, the costs for the funeral were able to be raised from fellow recyclers, SAWPA (South African Waste Pickers Association), friends, city officials, the NGO community, UNISA students and staff, and other informal traders, whether they knew Afrika personally or not.

On 26 June, Afrika was laid to rest in Molweni Cemetery just outside of Durban. The burial was well attended by family and friends, and although Afrika was not able to be buried in his hometown of Eshowe due to the immense transportation costs associated with moving his body, his family expressed great gratitude at the support and love shown by so many community members in raising donations for his funeral. 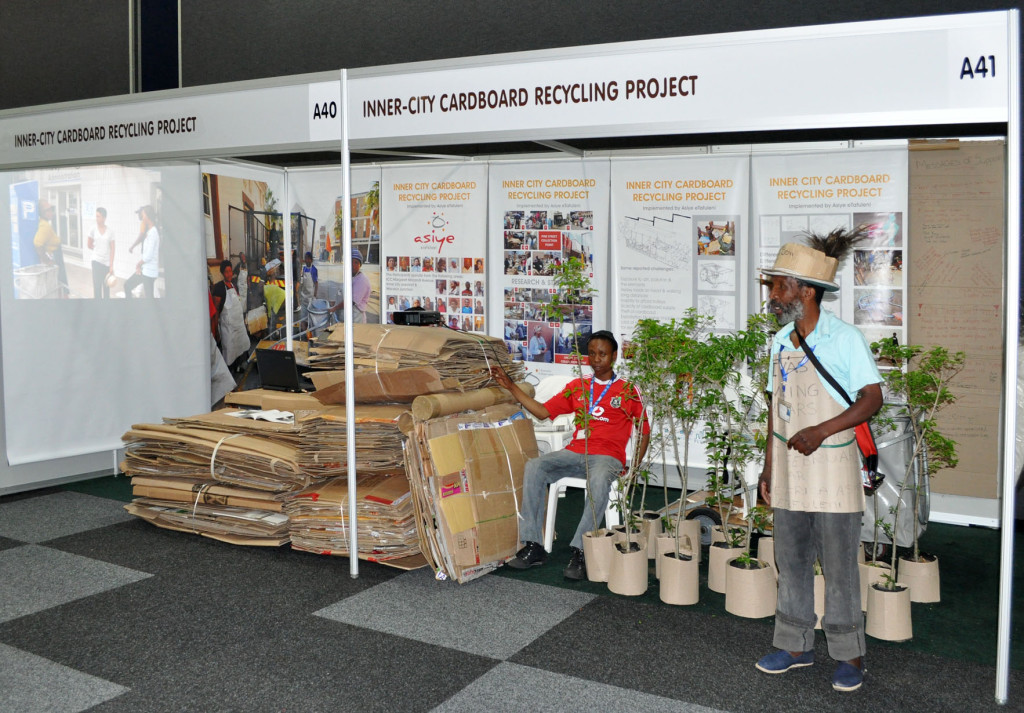 Afrika’s story is not unique in the sense that he, like many other informal workers, remains largely invisible to the public. There are few social provisions and support for informal workers, and without support from family and friends these individuals can easily be lost within the masses of unidentified persons. As such, his passing raises the significance of improving the awareness of and appreciation for informal workers who provide invaluable contributions to the city’s economy and social fabric.

A key lesson from Afrika’s passing is that municipal support does exist for individuals and families who cannot afford burial costs, in the form of funeral support schemes. Although Asiye eTafuleni learned of this after the process of securing donations for Afrika’s burial, it is an important message for families who have lost a loved one and experience financial hardship.

Asiye eTafuleni commemorates the legacy of one of Durban’s most active and inspirational informal recyclers, none other than Afrika Ntuli.