Menu
You are here: Home / News / Uncategorized / “Everything was destroyed…we had no savings.” Almost a month ago a fire destroyed around a third of the Traditional Herb and Medicine Market- directly impacting 77 traders. Asiye eTafuleni spoke with some of the traders whose goods were burnt in the fire to find out what their experiences of the past month have been:

“Everything was destroyed. From the removal of the debris, for which we had to hire people, to buying planks to reconstruct the tables to buying new stock we’ve spent around R7000 recovering. Everything was done with cash, we had no savings. We had to get the money from loan sharks and now will have to pay high interest.” 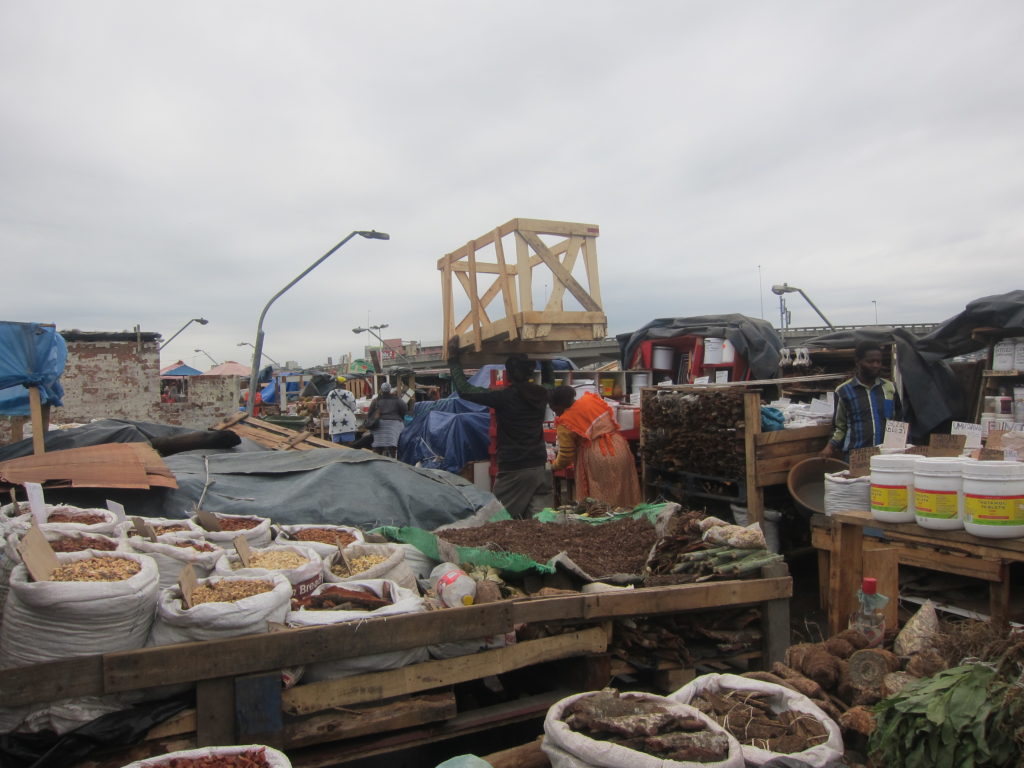 A table frame for sale is carried through the market. Photo: Rebecca Plumbley.

“Because it was towards month end and we go home late at night to unsafe areas we had to hide our money here; it was all burnt.”

“It will take us a very long time to recover so for now we are just working and whatever money we make goes towards paying our debts.” 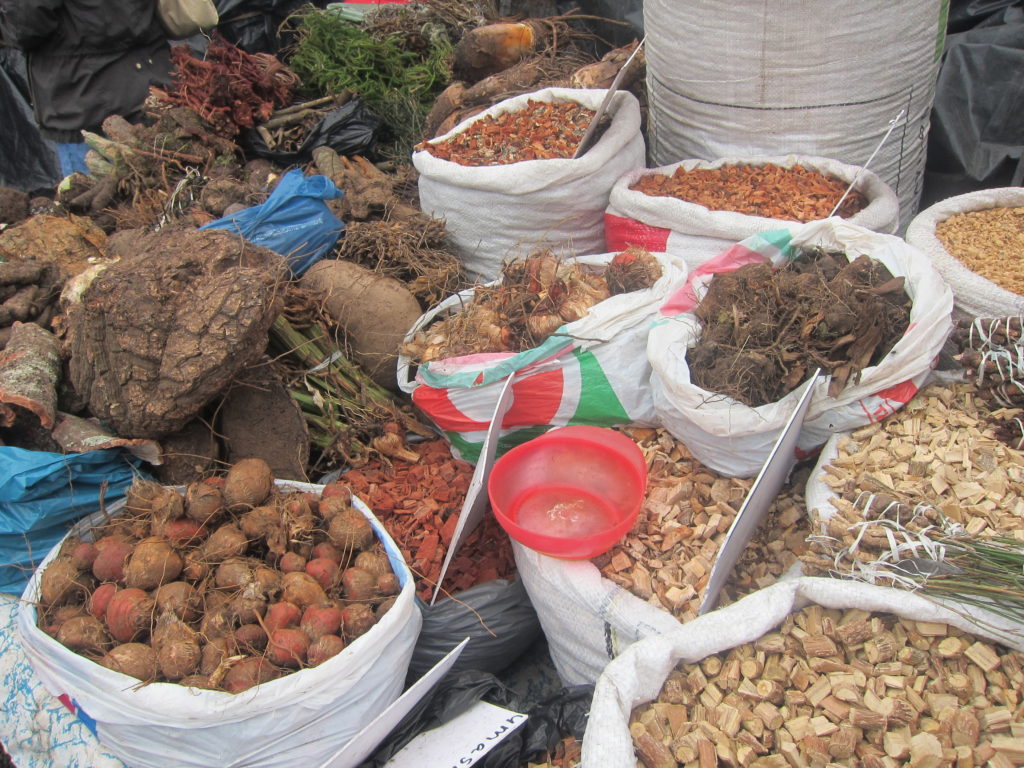 An issue many traders now face is that of the weather, given the onset of the South African rainy season, and shelter. No emergency shelters have been provided, and as a result many already vulnerable traders felt the impact of the rain on the 23rd of August. Traders had made attempts to cover their stock with tarpaulins and plastic sheeting, but many were still trying to clear away water from their tables on the morning of the 24th– with one trader showing us that she had filled more than a 20-litre jerry can with the water collected on the tarpaulin.

Left: Water collected off a tarpaulin after a night’s rain. Right: A trader tries to wipe away the water on her table. Photos: Rebecca Plumbley.

Some traders have not yet returned to their sites. Reportedly, some have chosen to return to their homes to harvest replacement stock and for others the financial impact has been too great from which to recover. There has been a lack of response from the City, and as such traders have had to rebuild themselves in an additive process, resulting in some precarious structures. 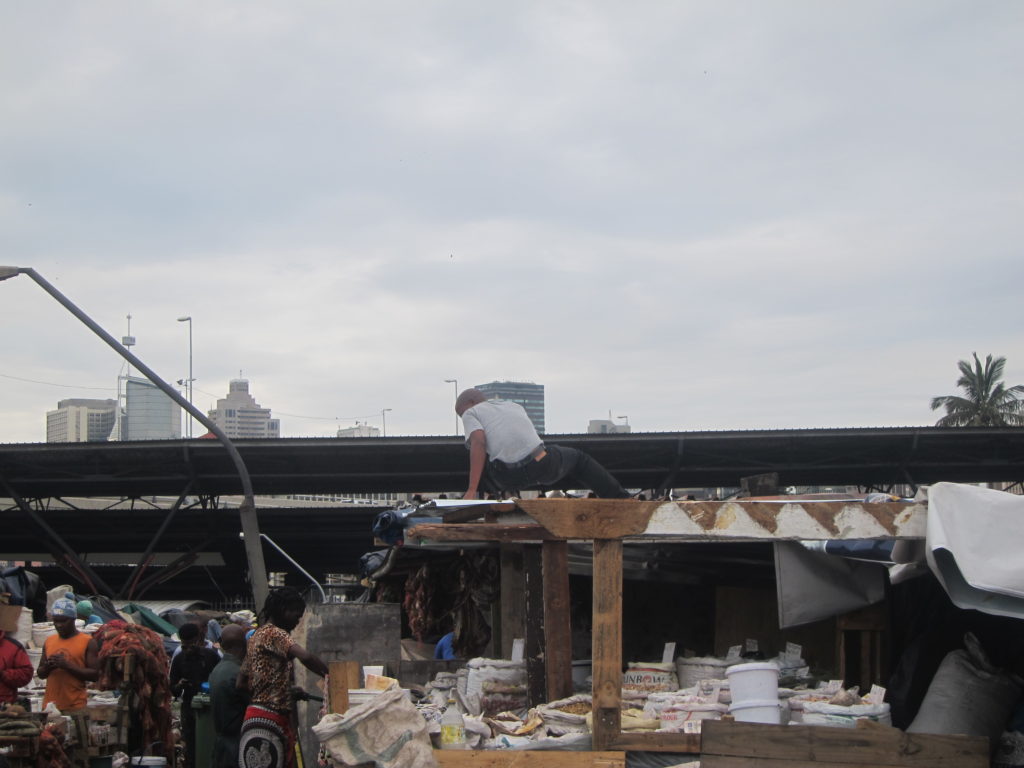 A trader adds a piece of metal sheeting to his structure after the rain. Photo: Rebecca Plumbley.

The continued lack of response from local government is not only unsatisfactory given the urgency of the situation and the vulnerability of the traders but is also disappointing considering the immense cultural significance of the market. The traders are fast becoming frustrated by their situation with one commenting that:

“The City officials haven’t even bothered to walk past and tell us their false promises.”

Read the original story here. To contribute towards the crowd-funding campaign for traders click here.