You are here: Home / News / Advocacy / Film Screening of “We Came in Spring Carts” 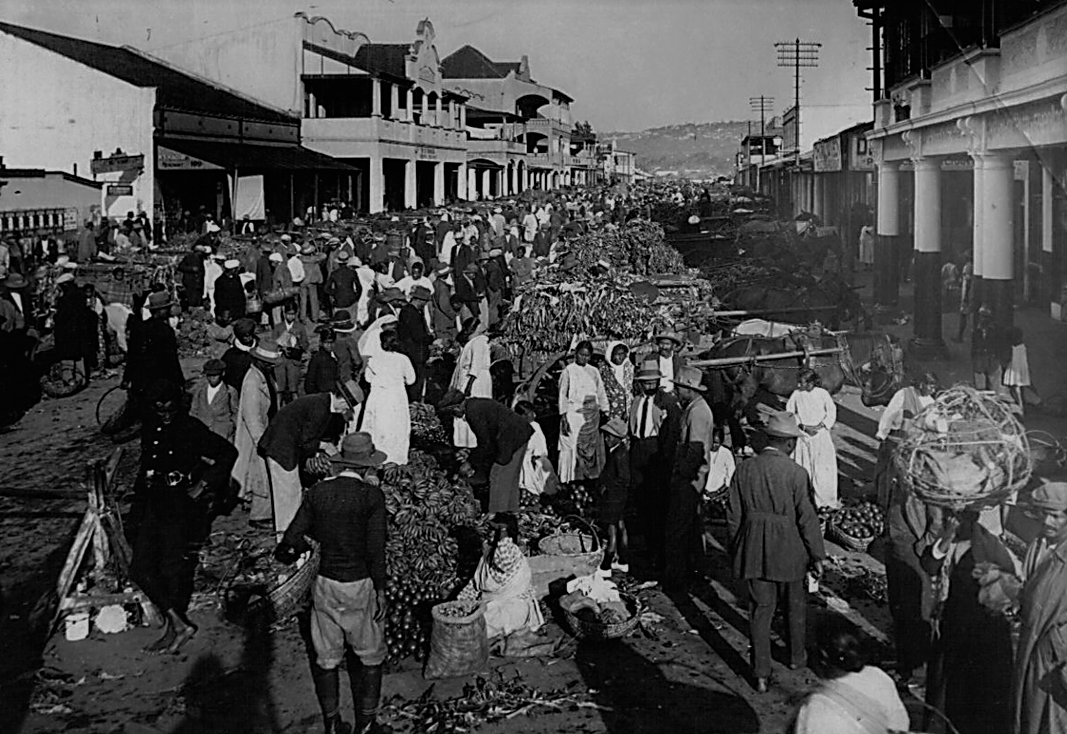 A documentary entitled “We Came in Spring Carts” was aired at the 1860 Heritage Centre in Durban during May 2019.  It refers to the Indian indentured labourers that were one of the very first set of traders, who used to transport their fresh produce in Spring Carts.  They were originally located at what was known as the Squatters Market because Indian folk would squat while selling.  The documentary is specifically based on the Early Morning Market (EMM), fondly referred to as the Mother Market since it was the oldest market in Warwick Junction.

In 2008, the Municipality planned to demolish this historic market and develop it into a shopping mall. Ensuing struggles mounted as traders fought to protect the market, and their livelihoods. The film directed by Clive Read documents the struggle which spurred two camps; pro-Mall and anti-Mall.  One example of the injustices against informal workers was how the barrow operators, the sturdy men who transport the fresh produce, were targeted and expected to have permits, akin to motor vehicle licenses.  Many tactics were used to racially polarise the community by dividing the Indian and African traders but this gratefully didn’t work, and served instead to unite the traders more. The traders who were interviewed in the documentary recounted that many traders had left the EMM because of the threat of the market closing down, this is still evident in the market today.

Asiye eTafuleni successfully organized with the market community and supporters to preserve the structure and vendors’ right to trade. This collective movement encouraged the Municipality to retract the mall development plans, thus stabilizing the existence of this historical and robust market that serves as both an entry point to earning a livelihood and key contributor to food security in the city.

There was unexpected footage of Asiye eTafuleni colleagues at the 100th celebration of the Market and additional interviews on the occasion of the launch of the book “Working in Warwick” strategically timed to highlight the crisis facing the EMM.

The event ended with a panel discussion comprising Clive Read, academics Leonard Rosenberg and Professor Brij Maharaj and most importantly, traders Romila Chetty (Secretary) and Million Phehlukwayo (Chairperson), respectively, of the Early Morning Market Traders’ Association.  Leonard is the coordinator of Research of Curries Fountain and Surrounds (ROCS) which produced the Dirty Linen exhibition and is a Planner, based at Durban University of Technology.  Brij Maharaj is a Professor of Geography, he is an acclaimed researcher at the University of KwaZulu-Natal on urban politics, segregation and local economic development amongst other things, as well as a prolific publisher of numerous articles that appear in renowned journals.

Clive surprisingly remarked that the documentary had received more international acclaim than nationally here in South Africa!  He noted that the Market traders were the first to see his finished documentary, and they appreciated seeing themselves on camera. The traders were thrilled with the outcome after their long, hard battle with the Municipality.  The traders present at the screening were unanimous that they needed and are still waiting for investment into the Market – they strongly asserted that they have been waiting patiently but with no end in sight and it has been many years since the Warwick saga. 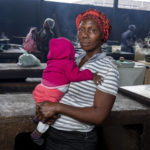 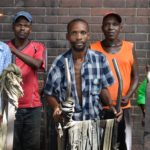