Over the last few months, Asiye eTafuleni (AeT) has been working with its partners, Women in Informal Employment: Globalising and Organising (WIEGO) and the University of KwaZulu-Natal’s Department of Occupational and Environmental Health (UKZN DOEH), to run health assessments together with various trader organisations in Warwick Junction. Over the course of several months, 300 traders organised with the help of their organisation leaders, have had access to health assessments. Due to space limitations in the markets, most assessments were run from offices near the AeT building.

However, on Thursday 23rd of April, the team took the opportunity presented by empty market stalls in the Early Morning Market to experiment with bringing healthcare to traders in the market itself. Fifty-five traders made use of the morning “day clinic” which was located in the central aisle of the Early Morning Market, with many more requesting that the clinic return to the market. 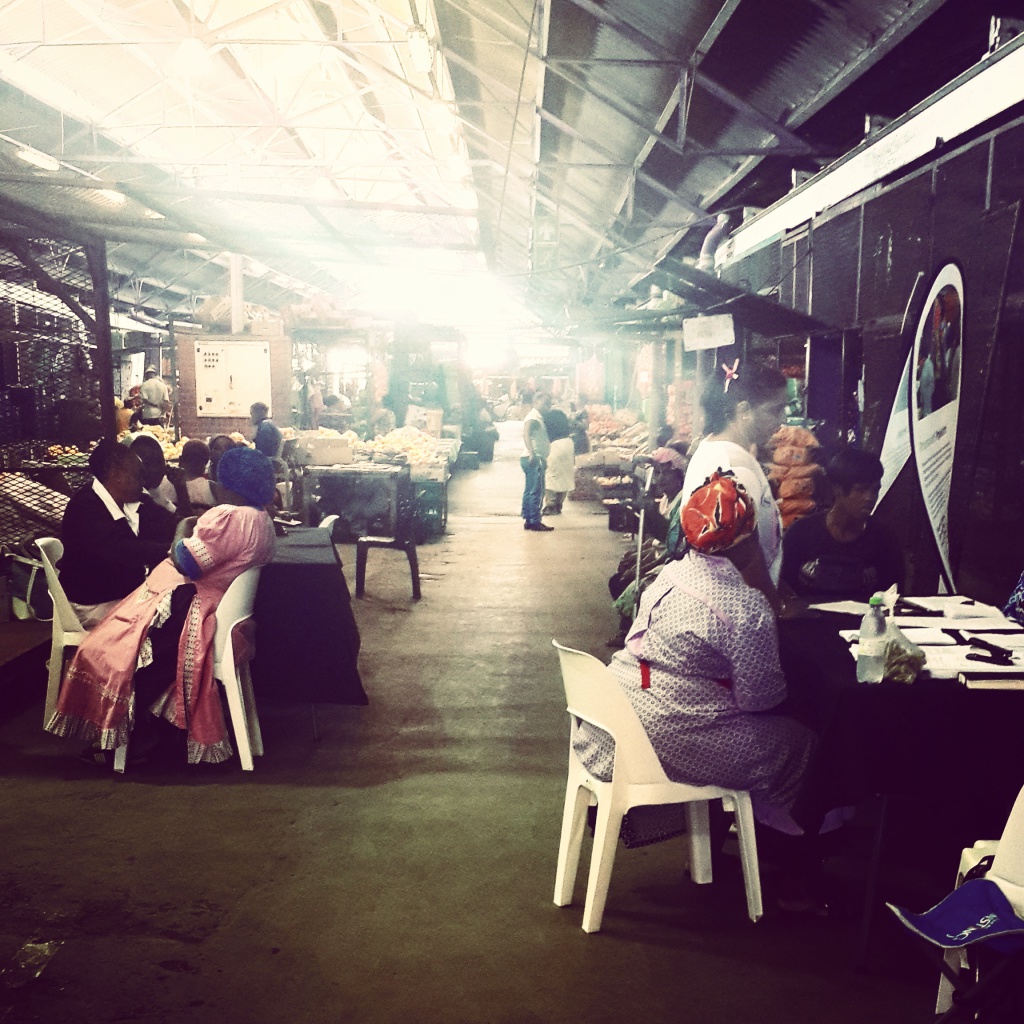 View of the “day clinic” in operation at the Early Morning Market. Photo: Laura Alfers.

The health assessments are part of a larger scoping project, funding by the Rockefeller Foundation, to develop ideas about how to improve informal workers’ access to healthcare. As part of the background work for the project, AeT, WIEGO, and the Phephanathi Committee (Warwick’s Health & Safety Committee, made up of trader leaders) wanted to know more about the actual health problems faced by workers in the market and enlisted the help of UKZN’s DOEH in order to do so.

The health assessments provided by the department have looked at basic health indicators, such as body mass index, blood pressure and blood sugar, but have also included tests such as those for lung function, which are aimed specifically at testing the respiratory health of the cooks who work in the various markets.

Traders who participated in the assessments also answered a comprehensive health questionnaire which focused on reproductive health and occupational health issues. The data from these health assessments, which is one of the very few studies in South Africa to focus on the health of informal workers specifically, will be presented to traders and then used to inform future health interventions in Warwick Junction. 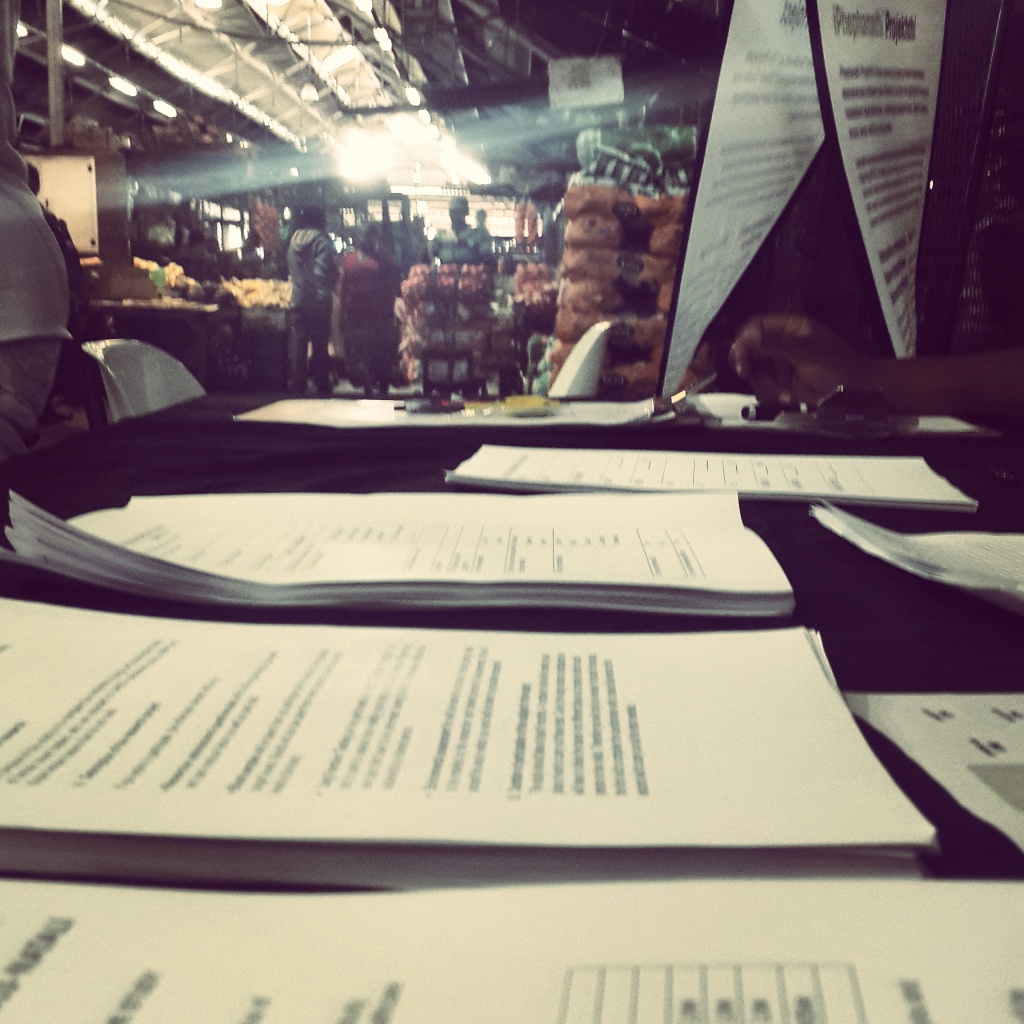 In addition to gathering data from the health assessment, this work was aimed at thinking about how health services can be positioned in urban spaces so as to better reach informal workers. Most traders in Warwick are self-employed and find it difficult to leave their stalls during the day as it can mean lost income. So we decided to bring the health team, which included a doctor, three nurses and four field workers into the market.

Tables for registration and basic tests were set up on either sides of the aisle in the quieter centre of the Early Morning Market. This provided enough space for the testing to take place, and for barrow operators to pass through with the market goods they were transporting. An empty market stall adjacent to the testing tables was converted into a respiratory health testing unit with the help of a very long electrical cord which connected into the market office, and the field workers assigned to conduct the health questionnaires were given spaces to conduct their interviews in private. 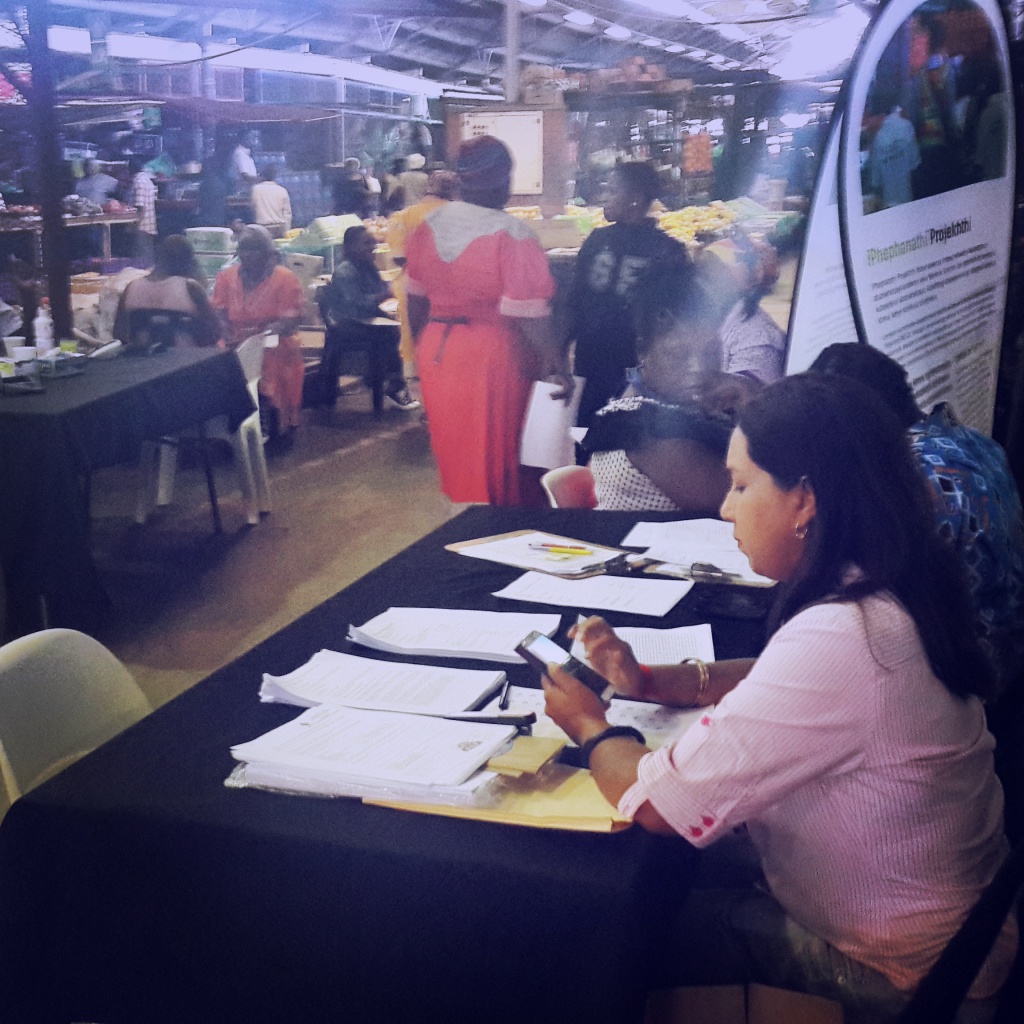 This format was very popular with the traders because it was convenient, and will certainly be considered again for any other health initiatives aimed at the 6000-8000 workers in Warwick. Issues to consider for future initiatives include the organisation of patients to ensure that crowding and queuing can be controlled. Creating more private spaces for sensitive tests is something else to consider.

Ultimately, it would also be ideal to have medication on hand. In this trial run, traders were given prescriptions and onward referrals by the doctor, but this means that they will have to spend time accessing medication. Despite these limitations, our market experiment certainly provides an indication of how health services can be bought closer to informal workers in an effective way. 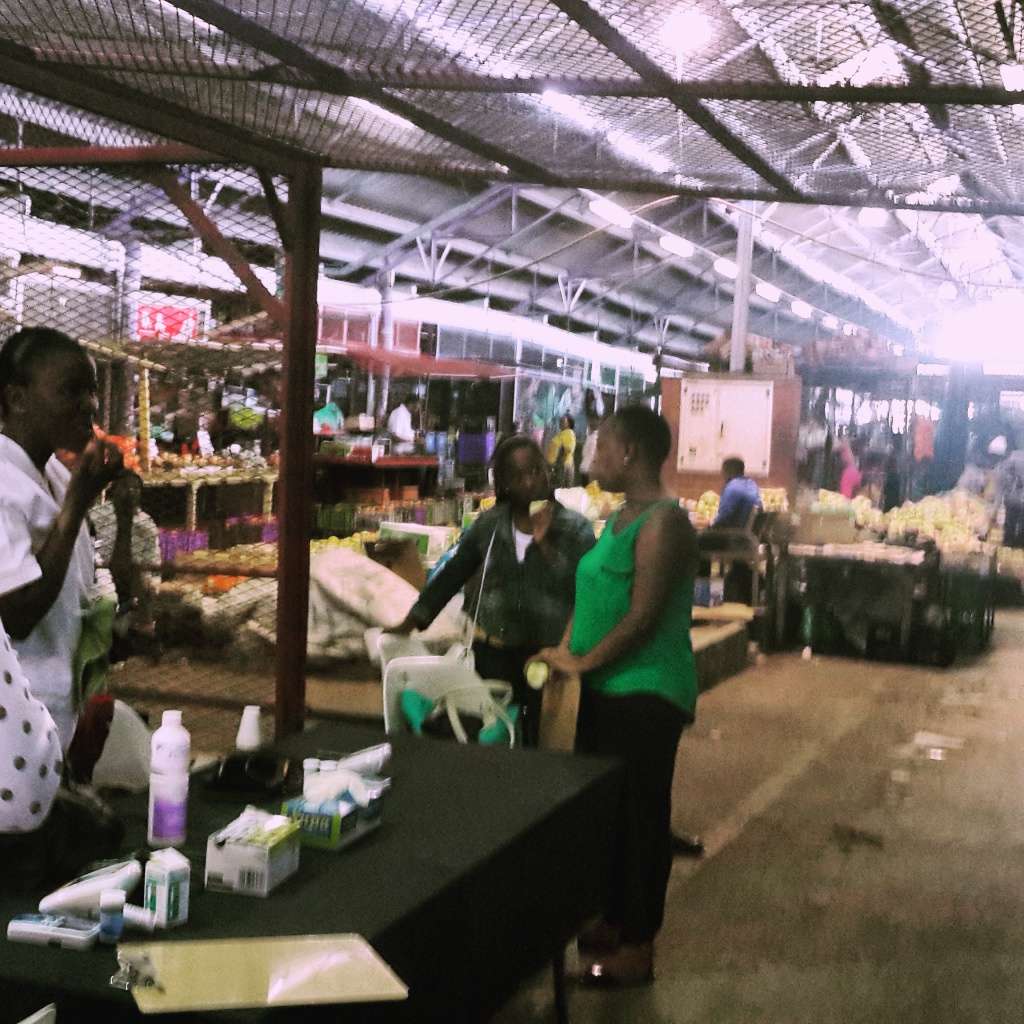