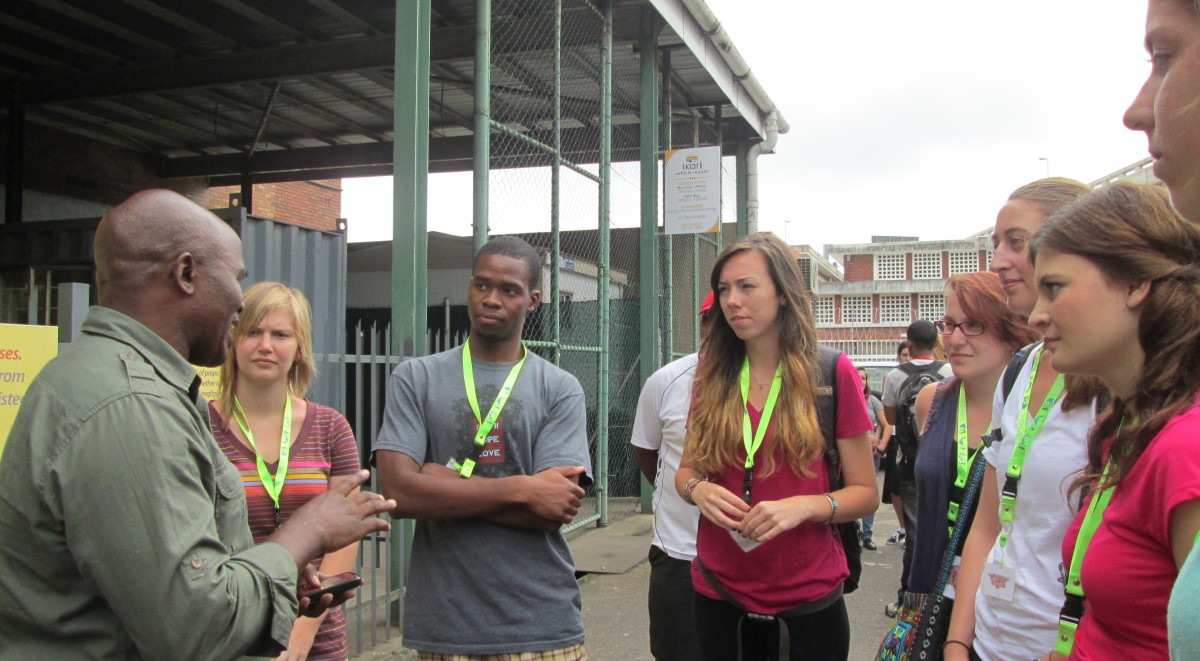 Asiye eTafuleni’s (AeT) award-winning approach involves work in the following areas; design, urban intelligence, advocacy and education. Emanating from these key themes are projects, programmes and activities being carried forward into 2015. The final piece in the 4-series article will reflect on our work in “education”. An exposure dialogue programme with Workers College, where informal workers and students of the College are reflecting on the policy implications of informal work. Photo: Tasmi Quazi.

Through its work in “education”, AeT provides opportunities for government officials, professionals, educators, learners and the general citizenry to learn about and experience thriving informal economy precincts. AeT consequently acts as a development, policy and research portal to informal workers, by bridging the knowledge gap on the informal economy and foregrounding the contributions of the informal workers to the socio-economic and cultural fabric of our societies. Some of its ongoing activities in education include:

Violence Prevention through Urban Upgrade (VPUU): AeT Project Leader and Senior Project Officer have been invited to disseminate Warwick Junction’s long-standing strategies in support of street trading. AeT has also been helping to build a city-to-city learning exchange amongst informal workers and city officials of Cape Town and eThekwini Municipality. The AeT and VPUU delegation on a field trip in an an informal economy node in Khayelitsha, Cape Town. Photo: Richard Dobson.

National Treasury: AeT has been participating in a learning exchange to inform a national treasury enquiry about appropriate urban management strategies. AeT’s contribution has related to informal workers use of public spaces.

Professional exposure dialogues: AeT has facilitated a continual professional development (CPD) accredited course for built-environment professional on “Designing with Informal Workers Utilising Public Spaces” which will be conducted again in August 2015 because of popular demand by local architects, designers and urban planners. The initial course was attended by 20 municipal officials from City Architects and the Planning Department. The AeT Team conducting a course on Inclusive Design to an audience of Architects mostly from eThekwini Municipality. Photo: Georgie Chennells.

CUBES: AeT Project Leader and Senior Project Officer were invited to provide technical and social facilitation expertise to the Centre for Urbanism and Built Environment Studies (CUBES) programme in support of integrating informal workers of Johannesburg’s CBD. CUBES is a platform for urban research, learning, and civic engagement focusing on built-environment issues affecting the poor in cities and towns in South Africa, read more here. Union of International Architects (UIA) International Students Competition: Warwick Junction formed the site for the international student competition and AeT assisted in compiling the brief. In addition, AeT’s Research Officer was selected as a local expert within the adjudication panel. This involved orientation of a multinational adjudication team of influential architects. Post-graduate Students’ Exposure Dialogue Sessions: AeT has facilitated a number of in-depth exposure dialogue sessions with post-graduate students from UKZN Occupational Therapy Department and UKZN School of Business and Leadership including representatives from the KZN Legislature, and within courses exploring themes such as “leadership in turbulent environments”. For the latter session, AeT facilitated dialogues between local trader leaders and students. A dialogue session between representatives of KZN legislature and informal trader representatives on the topic of “leadership in turbulant environments”, a course offering co-developed with UKZN’s School of Business & Leadership. Photo: Tasmi Quazi.

Markets of Warwick: Over 7000 public and academic visitors participated in the Markets of Warwick tour since 2014, a community-based tourism project. With Comic-Relief funding support, AeT has appointed a new Coordinator with the aim of exploring how the project could eventually be owned and operated by the community. Working in Warwick Exhibition at UIA 2014: AeT’s “Working in Warwick” exhibition was featured as a UIA side event, and it served as the meeting point for special Markets of Warwick tours conducted for UIA congress delegates. SAPI Conference: AeT’s Project Leader was invited as a panelist is a session titled “Conflicting Interests in Creating Great Spaces” at the 2014 South African Planning Institute Conference. AeT’s insight focused on the integration of informal workers within urban plans and its contribution to social and post-apartheid urban transformation.

AeT as a learning organization has been actively disseminating its learnings through these multiple and creative education strategies to appeal to all levels of society. For instance, the community-based tourism project, published material, social media, exhibitions and sector exposure to the working lives of informal traders through the specialized exposure dialogue programmes.

In addition, AeT continues to present at numerous local and international platforms and act as support consultants to built-environment professionals and their commissioned work, which has enabled the NPO to encourage the development sector to engage the informal economy with a reformed approach.

Bringing health services into an informal workplace in Warwick Junction 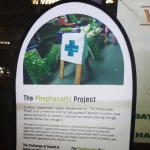 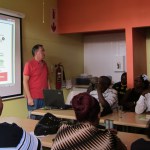 The Foundations of the Kanyenathi Project: ‘Community’ Engagement
Scroll to top