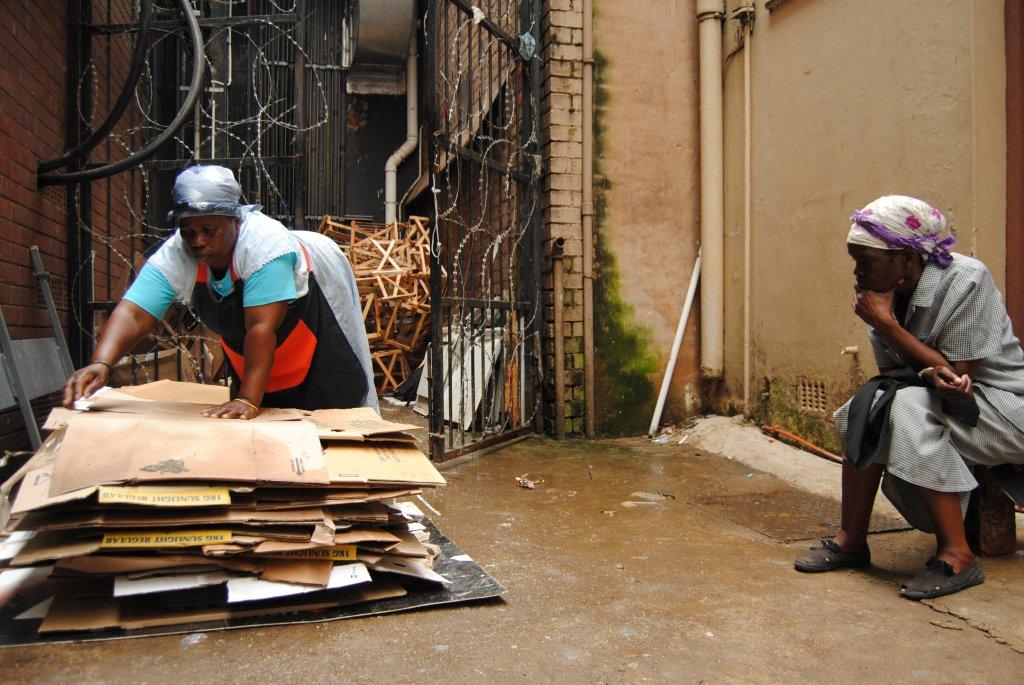 Informal recycling is a well-established activity in Durban. Recycling paper and cardboard is an important element in the domestic paper-making industry,[1] as well as being vital to the government’s green economy strategy. Waste pickers salvage cardboard in public spaces as well as from local shops with whom they have developed relationships; they then process the cardboard by flattening it and bale it on the sidewalk, selling it immediately to a middle agent.

The alternate practice is that some recyclers travel longer distances in their daily round collecting from remote sources, see video made for the AfriSam Award below:

The practice as it currently exists is not satisfactory for the City as at times it congests the sidewalks, compromising the movement of pedestrians. There are approximately 500 waste pickers operating in the Durban inner city and it is estimated that an average 150 tons of cardboard is salvaged a day, [2] which equates to saving 331500 trees annually- the equivalent of 7300 tons of CO2 or 132 hectares of commercial forest.[3] 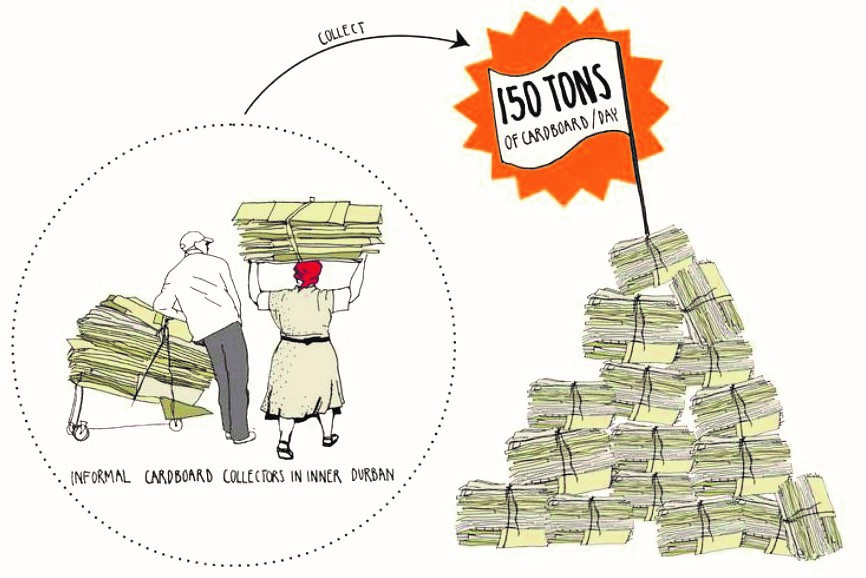 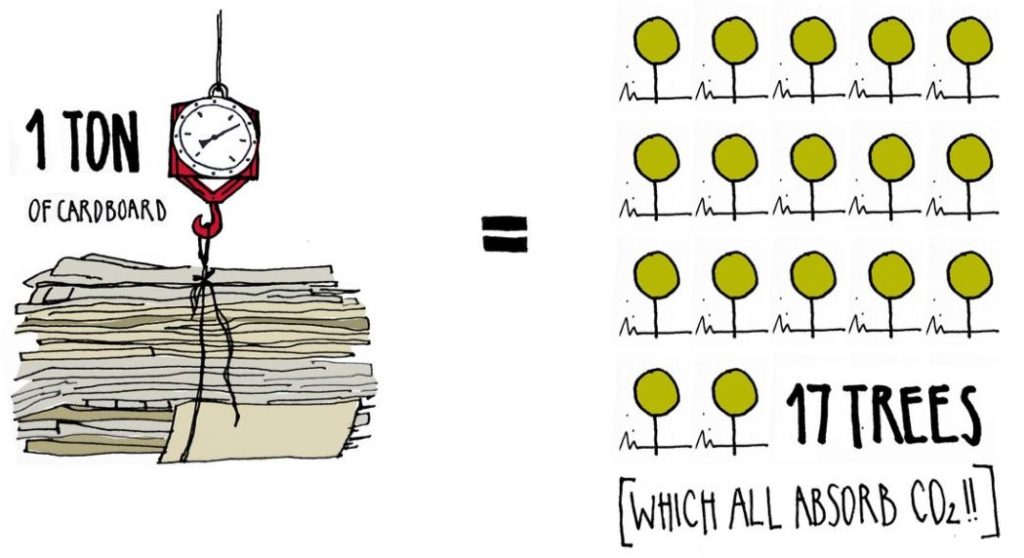 In 2010, Asiye eTafuleni was awarded a commission from Imagine Durban which examined ways of organizing, work place safety and using urban design as a tool to address kerbside recycling challenges. Possible interventions to assist and enhance cardboard recycling were explored, one of which looked at ways to improve trolleys used by the waste pickers.

In the long-term a centralised facility was proposed. By providing appropriate infrastructure the existing salvaging and baling process can be strengthened and the volume of material recycled increased. In addition, the facility provides the waste pickers with a more dignified working environment and slowly starts to professionalize the activity.

A pickup station is an ideal solution, essentially providing the waste pickers with a ‘safe sidewalk’ on which to work. The facility acts as a base, providing a place to store trollies at night (currently some waste pickers pay R100 a month for storage), providing access to ablutions and changing rooms. Located near to the Durban ICC at the intersection of Shepstone Street and Palmer Street, the facility and an adjoining landscaped park will be an outward demonstration of the city’s commitment to sustainability. 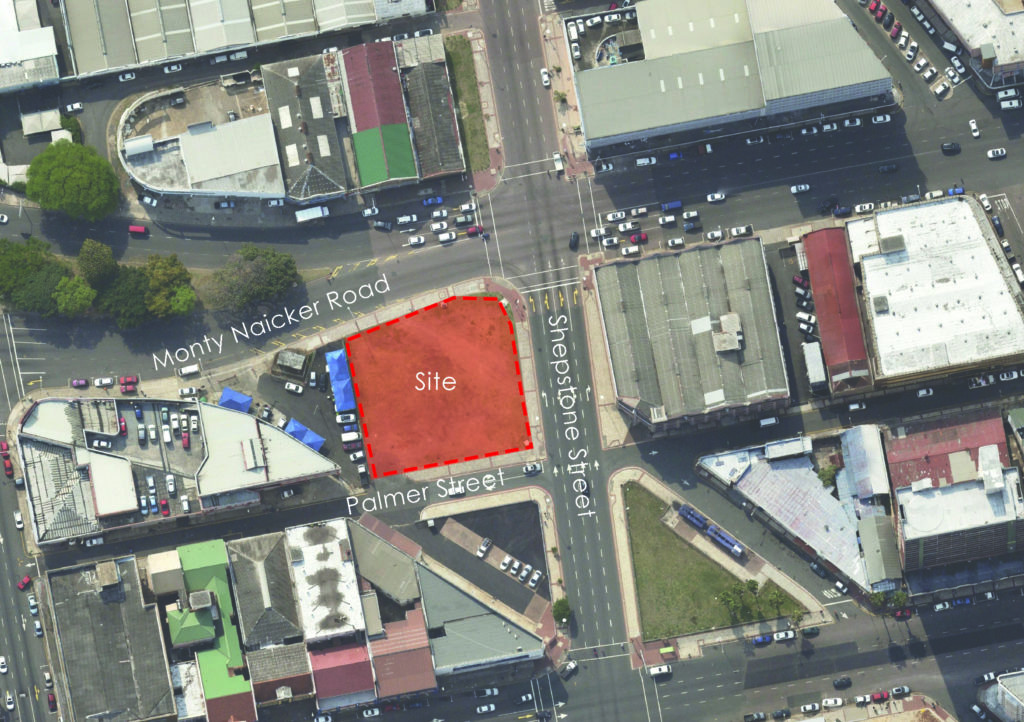 Location of the pick-up facility site.

It is estimated that recycling 1 tonne of cardboard is equivalent to 17 trees. The park landscaping concept draws from this, and in so doing contributes to improved aesthetics along the city’s “Corridor of Excellence” located on Monty Naicker Road. There will also be a display recording the mass of cardboard recycled at the facility. In addition, the facility will give the city the opportunity to have resource room to allow for meeting with the recyclers and encouraging capacity building through interaction with urban managers and support services.

The targeted completion date is the 4th of December. The centre will be a twofold tool: empowering the waste pickers and dignifying their activities, as well as allowing the city to demonstrate a commitment to the green economy. 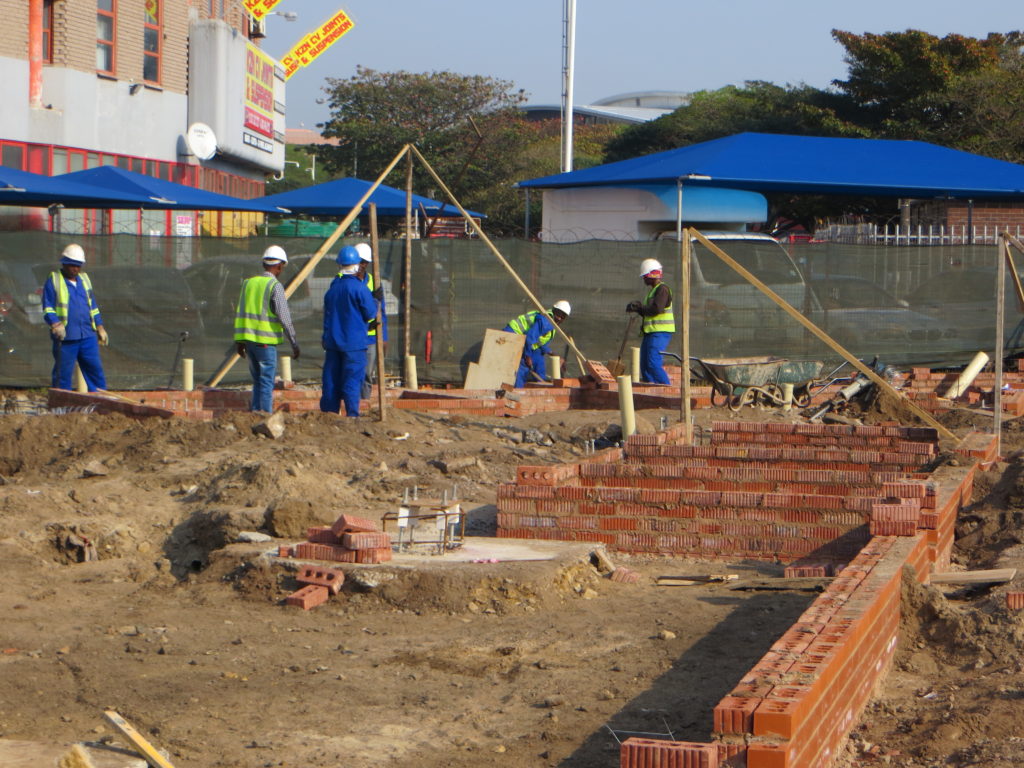