You are here: Home / News / Advocacy / The Foundations of the Kanyenathi Project: ‘Community’ Engagemen... 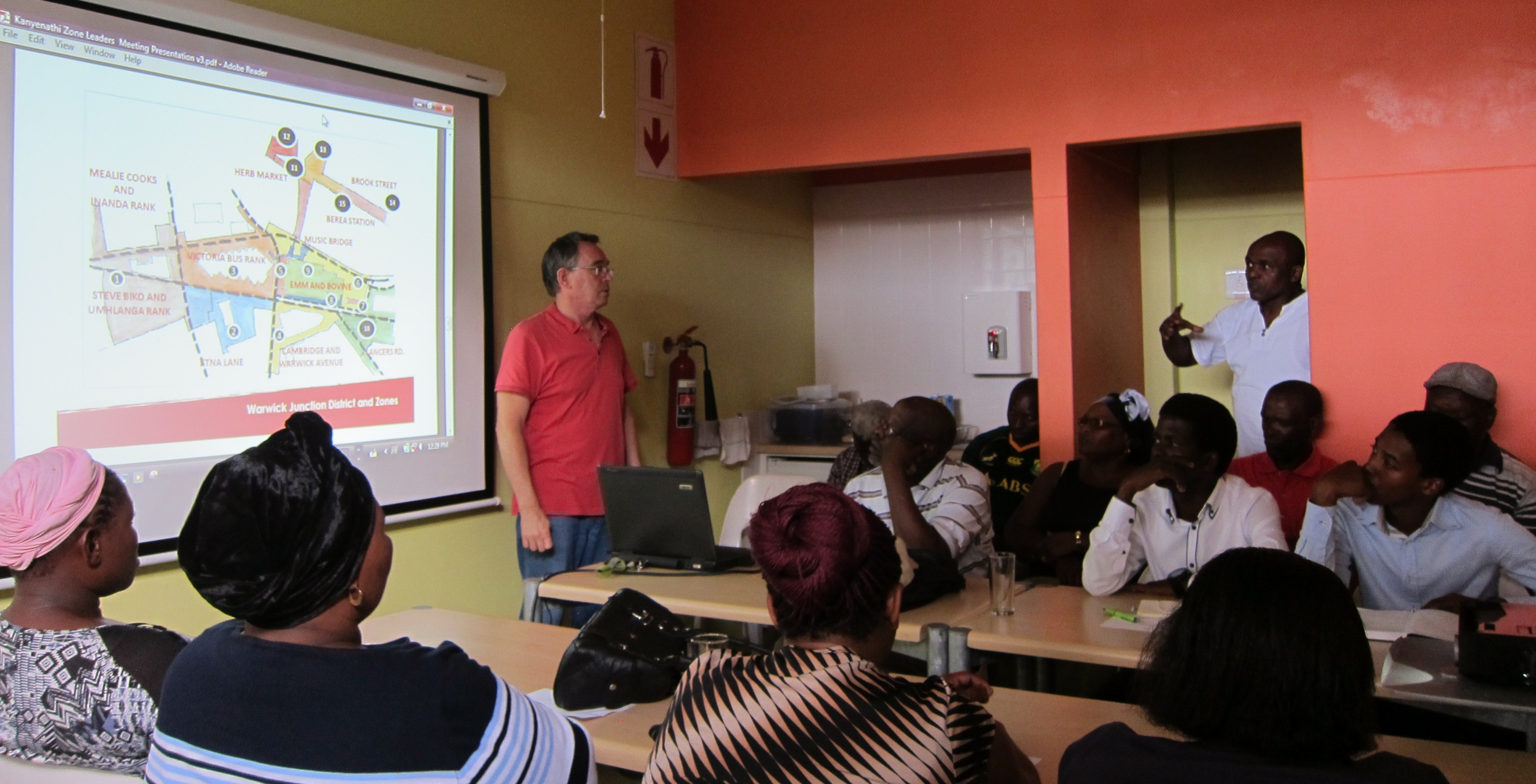 Asiye eTafuleni (AeT) has embarked on the Kanyenathi Project since October 2014. The isiZulu name “Kanyenathi” means “with us” and is intended to enable informal workers from three informal economy markets districts; CBD, Warwick Junction and Bester to understand and participate in development processes. The reason these three districts were chosen is because they are very busy transport and commercial nodes, which have received prior and/or planned infrastructure investment. They are also areas where potential development threats exist for informal workers through the proposed development of public bus transport and new shopping malls. The Kanyenathi Project will run over a 3-year period ending in 2017 and is externally funded by Comic Relief, a UK-based charity. The Project will implement 5 main activities: These are the 5 anticipated benefits of the project:

Thus far, AeT has facilitated in-depth group discussions with informal workers primarily from various leadership structures across all three districts in order to canvass their insights and incorporate it into the project approach. Subsequently, several meetings with informal workers  and training geared towards the implementation of the infrastructure audit have been conducted.

A universal challenge of working with informal workers is that their community structures are assumed on a voluntary basis unlike the union movement. Their participation is therefore subject to disruptive external conditions such as the recent xenophobic attacks, police harassment and taxi violence to name some. In addition, some informal workers have higher degrees of agency than others. The inclination of their participation is towards any opportunity that will advance their position within the precarious environment of informality. This reality provides a divisive leadership environment whereas the project campaign for appropriate infrastructure and services is suggesting a shared and universal concern, which has prospect of unifying and introducing a new level of maturity in the leadership and the wider community.

To ensure democratic participation of informal workers, AeT used multiple strategies. For example, existing leadership structures were prevailed upon at all levels in order to ensure that representatives were recruited democratically. In addition, innovative methods were conceived and implemented to map and zone the infrastructure audit areas, and match these to relevant leadership structures. The effectiveness of this approach was verified by the additional numbers of leaders participating in the project thus far (exceeding the anticipated target of 15 for a total of 49). Secondly, the street level politics and power dynamics was managed through opportunities for participation in project activities (e.g. focus group discussions, research training and implementation) which required the recruitment and training of additional informal workers with particular skills and aptitudes – who were not previously associated with the traditional leadership. This has provided cross-cutting representation on project activities.

The meetings have enhanced informal workers’ awareness of the various challenges and opportunities impacting their districts and resulted in new and shared learning with informal workers from different districts, who had previously not interacted. Another positive outcome is that the engagement processes have helped to mitigate pre-existing disagreements between AeT and the City’s recognised informal worker liaison structure through a clear focus on the unaddressed infrastructure and service needs in their workplaces.

The next article on the Kanyenathi Project will reflect on the infrastructure audit and research phase which has resulted in an unprecedented achievement and milestone of an informal worker-led survey of over 1050 informal workers across the three informal market districts. 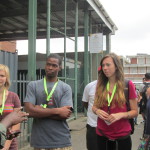 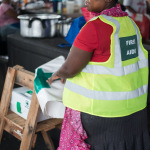