Menu
You are here: Home / News / Uncategorized / The Harsh Realities of Informal Trade

During this year’s ‘67-minutes of Service’ for Mandela Day, Asiye eTafuleni (AeT) in collaboration with other organisations ran an eye testing campaign. Although there was immense receptivity from informal traders keen to get their eyes tested, excessive police enforcement of the street traders operating in Isipingo affected the attendance levels. For instance, during the community call sessions by the AeT team, many traders expressed that they could only attend after the threat of the police presence diminished, in fear of the possible confiscation of their goods. It was thus apparent that there are antagonistic and poor relations between the police officials and traders in the area. 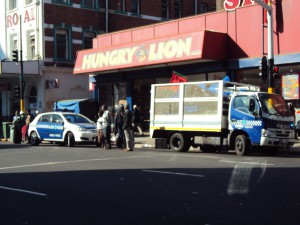 Confiscation of traders' tables and equipments in Durban's inner-city

Furthermore, an AeT member witnessed the hostility of 15 armed police officials as they confiscated traders’ goods and issued a warning to a street performer. While appropriate regulation of street trading activities are necessary, what was shocking to observe was the dehumanizing manner of police officials that were rude and insulting towards the street traders. This aggressive behavior provoked the capturing of photographs of this scene by our AeT member, which escalated to threats of the confiscation of her camera and even arrest made by the police officials who swarmed on her. This was allegedly for being a public nuisance. Our AeT member eventually conceded to deleting the images, after the street traders protectively beckoned for her to do what they asked, to save herself the harassment. This again highlighted the excessive aggression of the police officials in the area which is reportedly a daily reality that the street traders have to contend with. Ironically, this event was a response to Mandela Day’s ‘67-minutes of Service’. In response to Nelson Mandela’s struggle for freedom, reconciliation and in striving for equal opportunities for all citizens of South Africa, he said: “During my lifetime I have dedicated myself to this struggle of the African people. I have fought against white domination, and I have fought against black domination. I have cherished the ideal of a democratic and free society in which all persons live together in harmony and with equal opportunities. It is an ideal which I hope to live for and to achieve. But if needs be, it is an ideal for which I am prepared to die.” Nelson Mandela – April 20, 1964 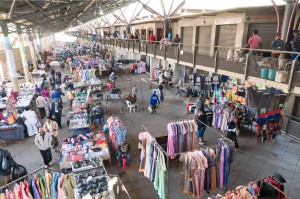 An implemented project striving for a managed & co-operative trading enviroment

It is this spirit that inspires AeT to implement work that seeks to transform and restore the damage of the past through an inclusive approach. This is in light of the fact that informal workers have borne the brunt of past injustice by the apartheid government, through being repressed, marginalized and excluded from economically viable urban environments. Furthermore, an extensive body of research has revealed that currently state responses to informal workers form a continuum; ranging from violent sustained evictions, sporadic event-driven evictions, lower level ongoing harassment of traders by enforcement officials and finally; to the minimal examples of inclusive approaches. Therefore, these events exemplify the harsh truth that the conditions of informal traders remain largely untransformed across the country, due to excessive enforcement and regulatory approaches to managing the sector. However, this has further reinforced AeT’s vision for inclusive urban development through a developmental approach which empowers urban informal workers towards greater voice, visibility and validity. 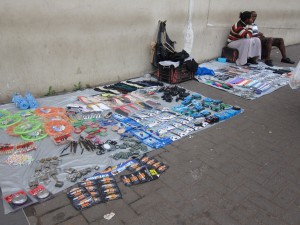 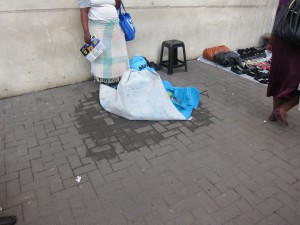 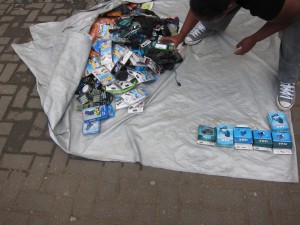 3 Trader putting things back after the police departure (Pinetown)