Menu
You are here: Home / News / Inclusive Design / An inclusive and participatory design process for the Bovine Cooks Facility:... Over the past few months, AeT has become involved in the development and planning process of upgrading the existing facility for the Bovine Head Cooks market in Warwick Junction. This process of working with informal workers and city officials has illustrated some of the challenges inherent to the development design process, one of which has been the significance of ensuring thorough, consultative processes that involve all stakeholders – and most importantly, the end users.

The issue of urban intelligence concerning the complexity of infrastructure for informal workers lies in the fact that informal traders are constantly negotiating the boundaries of public space. The challenge faced by city departments in the consultancy process is usually due to the challenge of identifying and consulting with the correct stakeholders about their realities of work and life. 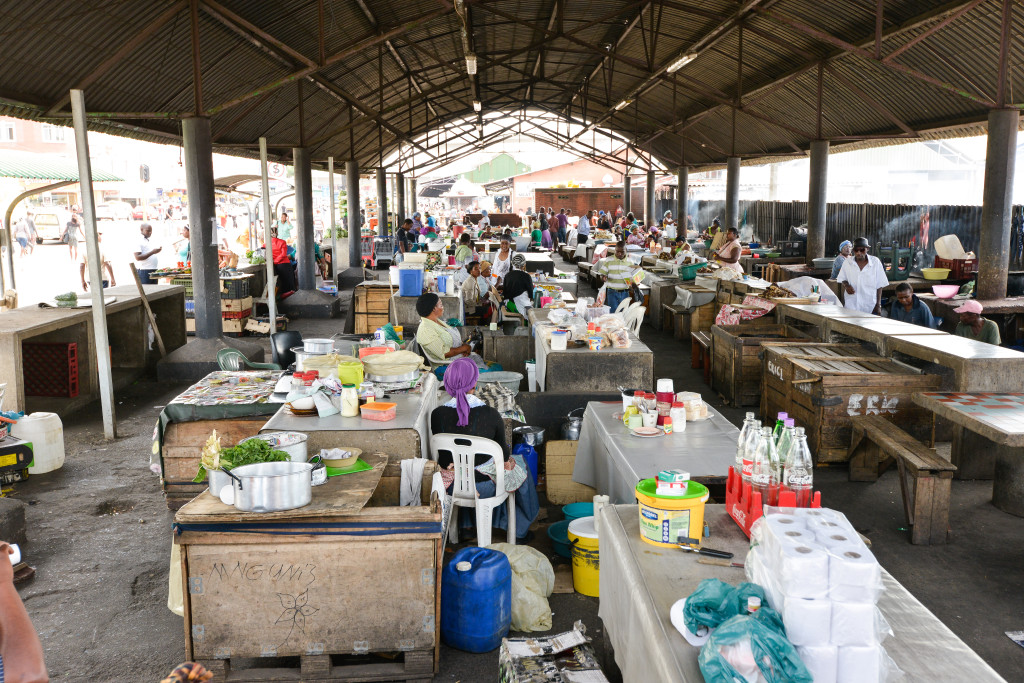 The procedure that the city often utilizes in delivering new projects and services is usually facilitated its by line departments, who may easily assume to know the needs of the end user and are responsible for the implementation of development plans. For example, the architectural department of the city typically relies on the commissioning department for the details of the budget and infrastructure design. However, if neither department is committed to truly understanding the complexities of the end user, who is in fact ‘the true client’, then an inadequate design brief may drive the process of development rather than the brief emerging from a bottom up process meeting a top down process of consultation.

Adapted from the original diagram prepared by Richard Dobson for iTRUMP.

Diagram 2 (above) illustrates the preferred agency of which may be represented by an NGO, (in this case AeT) which is strategically located between the line department, the implementing department as well as the consultants. The role of the agent NGO is to ensure that the beneficiaries’ needs are understood and considered between departments from inception to implementation, and delivery of the Project.

Built environment professionals face a number of challenges in such processes, including a lack of experience in community engagement in the informal urban context, a lack of time committed to build working relationships or trust with the end user, a lack of the necessary methods of communication to ensure clarity in understanding between all stakeholders in the process of consultation. Without these challenges being addressed, critical design generators which are most relevant and meaningful to their work and lives are left out, such as in the case of the Bovine Head Cooks. This is particularly poignant for workers in the informal economy, as end user needs are usually a lot more complex than what meets the eye, and layered with social, economic and cultural nuances.

The implications of participatory design processes often overlook the inherent need for developing a deeper understanding of the physical nuances, desires, and needs of end users, as well as the immense value provided to the process and outcome of the proposed project. Placing greater value on the complexity of informal work spaces and the individuals working within these spaces is critical to ensuring relevant methods of communication to the relevant stakeholders. 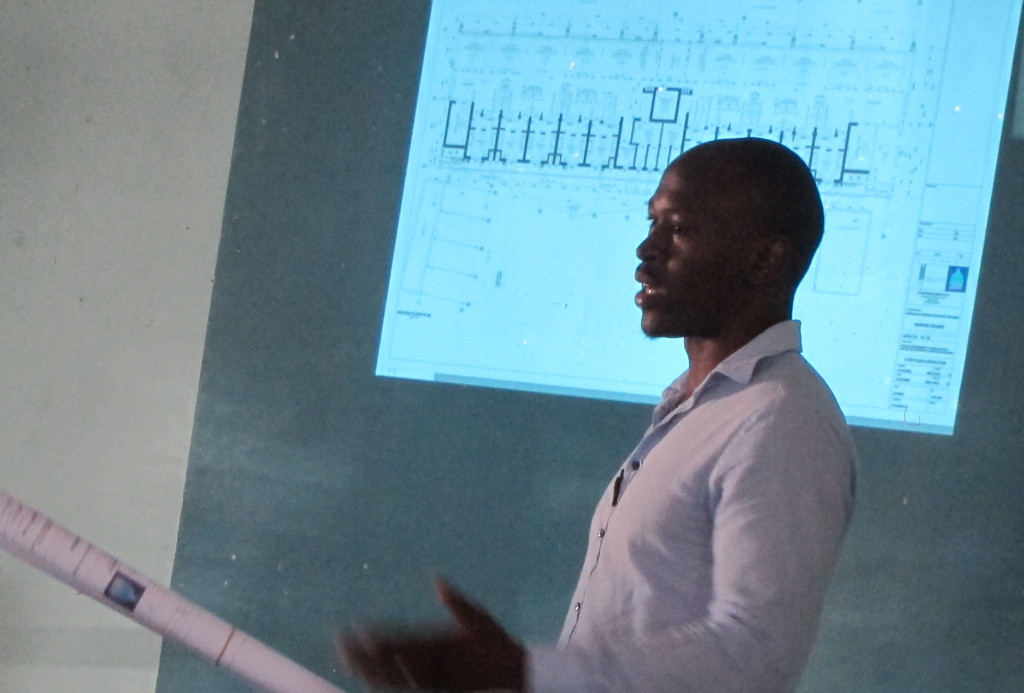 A key aspect arising from this city-led process was a Letter of Demand presented by the Bovine Head Cooks to the municipal department in charge of the project. In this letter, the cooks raised their concerns of not having been adequately consulted in the design process of their new facility, and insisted on an inclusive and participatory meeting with city officials to ensure that their input was integrated into the proposed facility design. The Bovine Head Cooks also took the initiative to contact Asiye eTafuleni to seek technical assistance in interpreting the city’s plans. 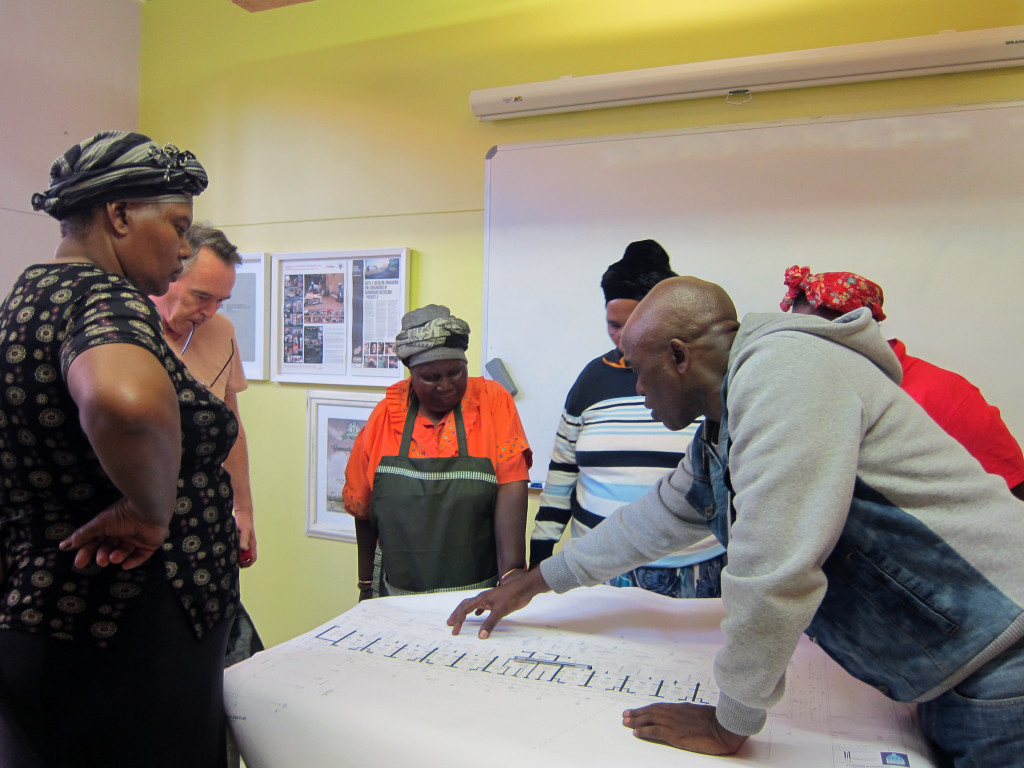 The desire of the cooks to have the practical assistance of AeT, and the collaborative meetings that followed the letter to the city, resulted in an overhaul of the city’s original plans that neglected to consider the needs and practical realities of how the cooks operate on a daily basis.

One of the key learnings from this process is the challenge for cities, like Durban, to successfully advocate for all citizens. There is still, at present, insufficient awareness and understanding within city departments concerning the informal economy sectors. Additionally, the marginalized position of informal workers operating in public spaces means that workers in the detailed needs of informal economy have a lack of agency that contributes to the immense complexity of negotiating participatory design processes between these workers and city departments. This process has demonstrated the power of a community of motivated individuals to mobilize and ultimately ensure that they are engaged and included in urban design projects.