The second ‘Street Law’ Seminar was held on 26th April 2011, hosted by Asiye eTafuleni (AeT) at Seda eThekwini. This involved the participation of twenty-three informal traders from different sectors and officials amongst whom were Mr Raphalane from South African Human Rights Commission (KwaZulu-Natal’s Legal Department), a representative from the KwaZulu-Natal Office of the Public Protector, representatives from Students for Law and Social Justice (SLSJ) and AeT staff. 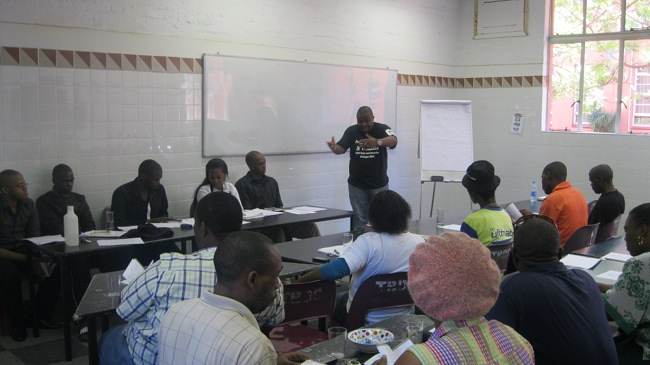 Like its predecessor, the second seminar included presentations on various topics of law relevant to informal traders by representatives of SLSJ who are 4th year students from University of KwaZulu-Natal’s Law School. In addition to the student presentations, the second seminar was unique in that it incorporated officials from wider legal institutions relevant to addressing some of the legal challenges faced by informal traders.

The officials from SAHRC and the Public Protector stated that this was the first time they had spoken at a seminar that address the specific challenges of people in the informal economy in eThekwini. They also expressed their commitment in assisting AeT and the traders in dealing with complaints, particularly regarding systematic violations, for example, illegal confiscations. 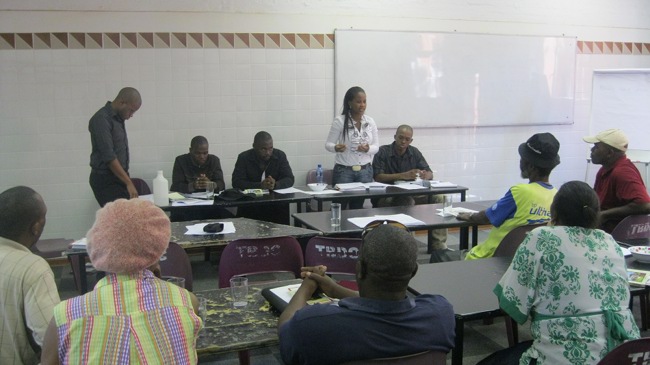 Student presenters on various topics of law for informal traders

It was generally felt that the Seminar was a success and there was enthusiasm for the future seminars planned in June and August, particularly by the traders that reported having acquired valuable knowledge. Click here for the full report and we will keep you posted on the upcoming series in the Street Law seminars, scheduled for later in the year.