On December 2015, Asiye eTafuleni (AeT) presented the findings of the participatory Infrastructure Audit conducted by a research team of largely trained informal workers (also referred to as traders), assisted by researchers and AeT staff earlier in the year. 23 informal worker representatives from 3 significant informal economy districts selected for the Kanyenathi Project, participated in the interactive presentation.

The presentation was facilitated by AeT’s Research Officer, Tasmi Quazi and Senior Project Officer, Patrick Ndlovu. The purpose of the meeting was to test and corroborate the findings of the Infrastructure Audit – based on a set of research questions collectively determined by informal workers, researchers and AeT. 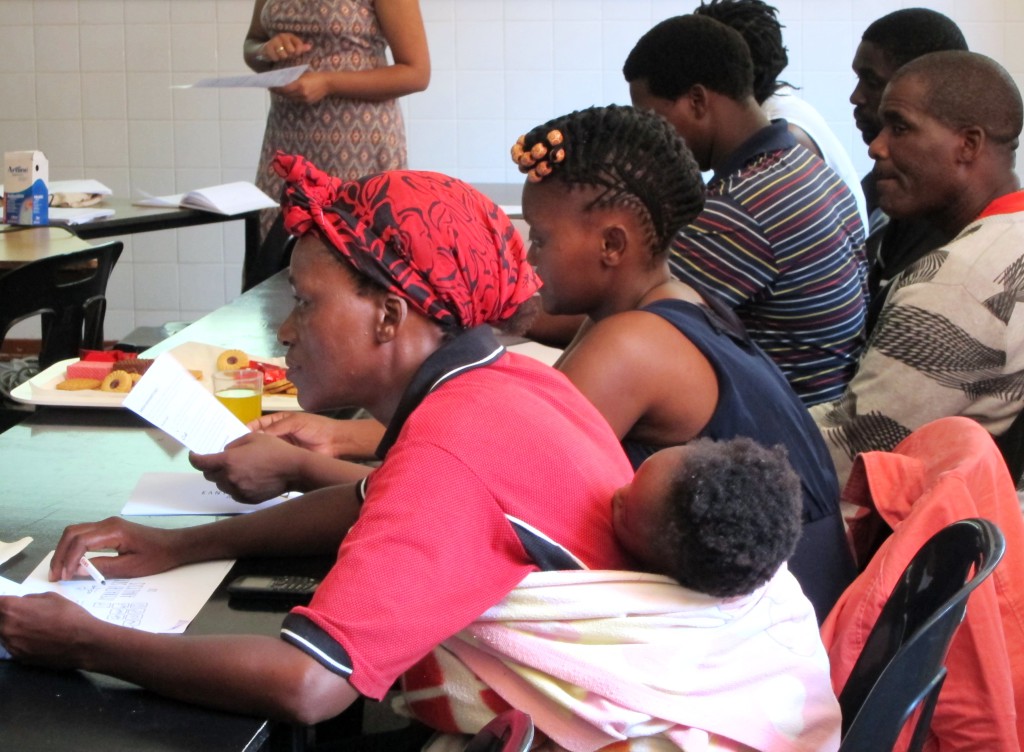 Informal worker reps. at the presentation intently studying their copies, being explained by the AeT faciliators. Photo: Dorothee Huber.

A deliberate effort was made by the AeT team to pilot an innovative method of presenting the information from the Infrastructure Audit processed by the external data analysts, to help informal workers to understand the information more easily. This involved the use of info-graphics, simplification of technical language, the provision of copies of the presentation slides for note-taking and through the interactive presentation. The trader representatives were also given laminated colour copies of the presentation so that they could present the findings to their constituencies. 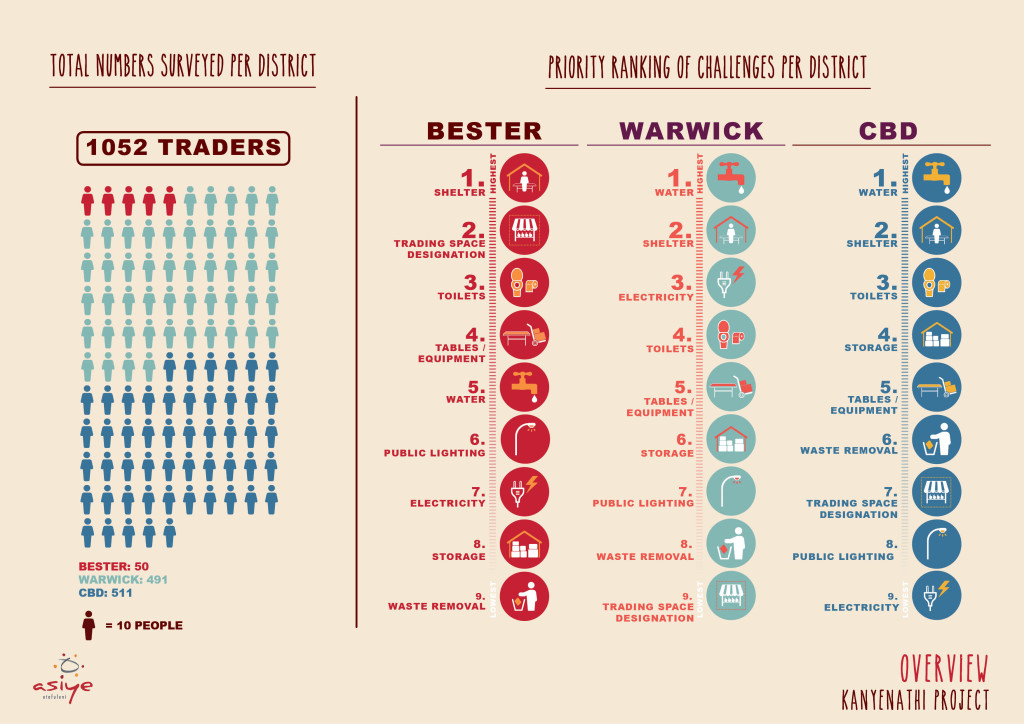 One of the presentation slides showing the priority ranking of challenges per district and the total numbers surveyed per district. Graphics: Dorothee Huber.

The general findings and the focus on the infrastructure needs per district were unanimously accepted by the trader representatives as an accurate reflection of their working dynamics. A long-standing trader leader from Warwick went further to request that the data findings, after presentation by the trader representatives to their constituencies, be adopted as a final version as soon as possible so that it can be utilised as a community resource at meetings with City officials regarding new proposed redevelopment plans for Warwick and the Central Business District in particular. 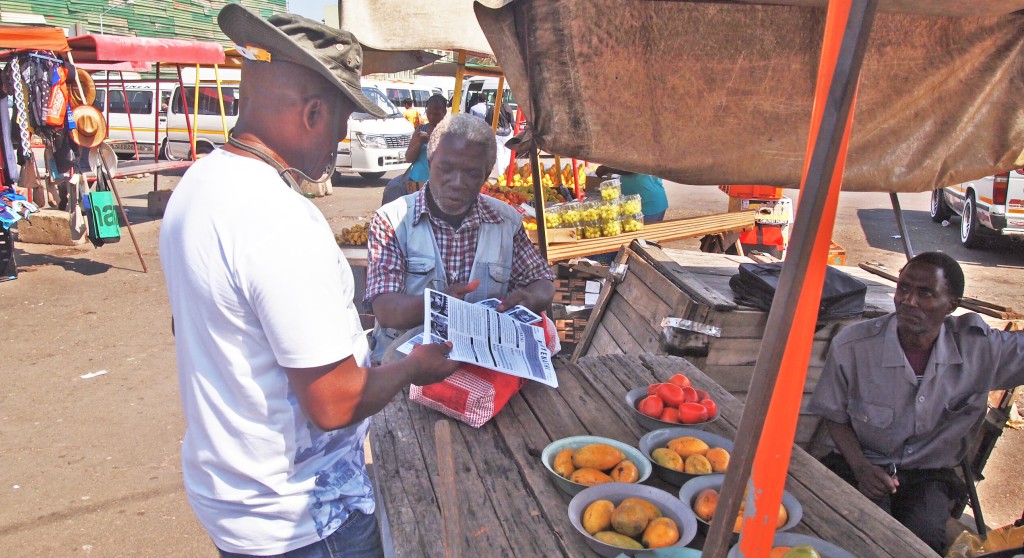 The ease with which the trader representatives engaged with and verified the content of the Infrastructure Audit findings, as well as the requests for more copies and for its final adoption – all affirmed the benefits of a participatory process and the value of investing in deliberative processes facilitated by accessible language and tools which aids the communities’ ability to understand complex information more easily. Therefore with correct processes, communication techniques and meaningful participation, there is both appetite and ability for informal workers to engage with the co-creation of their urban workplaces. 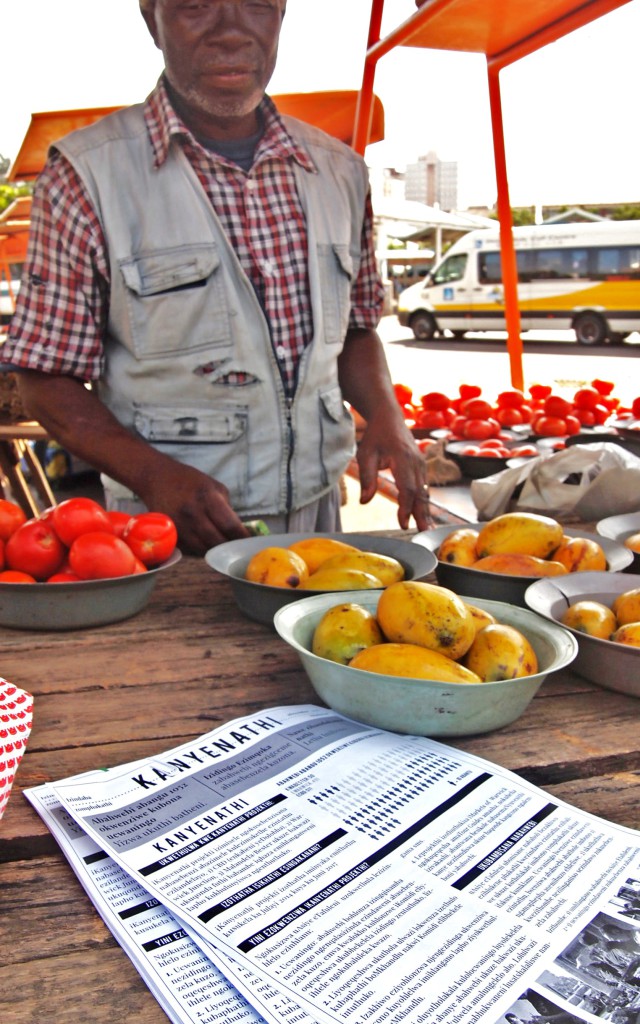 Subsequently, the first Kanyenathi isiZulu newsletter was distributed to informal workers reflecting on the Infrastructure Audit process and findings, click here to view it. After the trader-led community presentations are concluded, the Kanyenathi Project will embark on a process of connecting with relevant City officials and presenting the Audit findings to them.